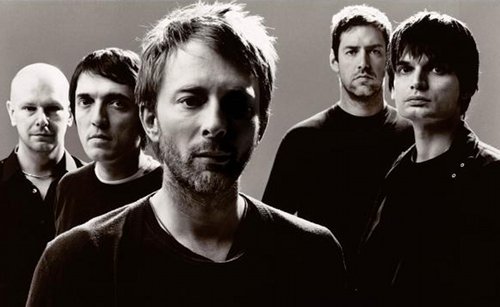 It’s Monday, and footage has emerged of Radiohead performing a new song, ‘Full Stop’, at a live show this weekend.

In Yorke’s words, the song – which was debuted at a headline show in Chicago last night – will “better with age … like wine”. Radiohead fans, quick on the mark as ever, have already uploaded several videos of the performance online. You can watch them below, as collected by Consequence of Sound.

In other Radiohead news, the band may be working with Guiness-baiting White Stripes founder Jack White. Billboard report that at the band’s set at this year’s Bonnaroo Music and Arts Fetsival, Yorke dedicated ‘Supercollider’ to White, explaining that the band “ saw him yesterday. A big thank-you to him, but we can’t tell you why. You’ll find out.” So, we presume, that’s either a collaboration in the pipeline, or White’s Third Man label has approached them about an ultra-limited, specialist release – as is so often the Third Man way.