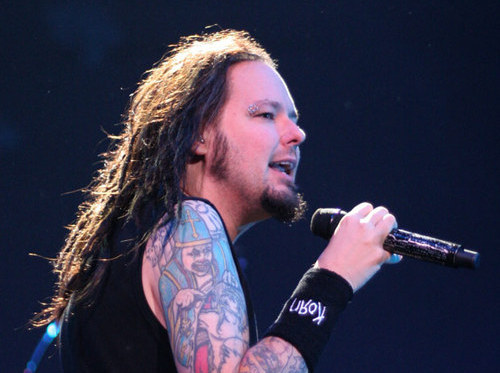 After last year claiming that they’d practically invented the thing, nu-metal veterans Korn are still banging on about dubstep [via NME].

Speaking to Spinner, frontman Jonathan Davis – who now has his own dubstep side project, J Devil – described the genre as “the new heavy metal”. “It’s the-filthier-the-better in that world”, he said, “and with heavy metal, it’s the heavier the better, so it’s kind of the same thing.”

Davis also revealed the secret ingredient in his J Devil performances: “I make people drop their jaws because I’m just up there telling them to go fuck themselves. No one’s ever done that at an EDM show and crowds are loving it.”

You can watch a brief clip of a J Devil performance below. It sounds more like electro house to us.