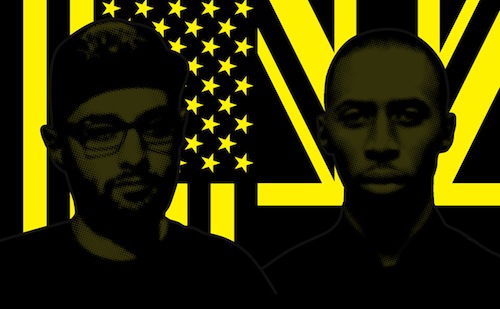 The powerhouse grime label has big plans for the remainder of 2012.

Butterz brainstrust Elijah and Skilliam are set to take their genre-defining club night on tour. With a roster that includes label mainstays Royal-T and Swindle, in addition to underground heavyweights Bok Bok, Trim, and D Double E, the Butterz tour promises to share the intensity of their legendary residency at London’s Cable.

“It was only two years ago when promoters steered clear of Grime totally, even in London, so to have the opportunity to take our concept to clubs up and down the country is a big deal for us,” says Elijah. “I’m really excited about it.” The tour includes dates in Brighton, Sheffield, Nottingham, Oxford, Exeter and London, with more dates to be announced.

In addition, Elijah is readying a collaborative effort with 2009 DMC Champion DJ Shiftee. The UK Meets USA mixtape, dropping August 24, showcases beats and bars from both sides of the Atlantic and features Danny Brown, JME, Starkey, P Money, Distal, Preditah and more. After meeting at a Trouble & Bass event in New York, the two like-minded producers realized how much sonic crossover there was in their current selections.

We’ll be featuring the mixtape here on FACT; it will also be included with new Butterz-Mishka merchandise. Initial tour dates are below, along with an interview between Elijah and Shiftee, filmed at Dubspot Studios Manhattan.