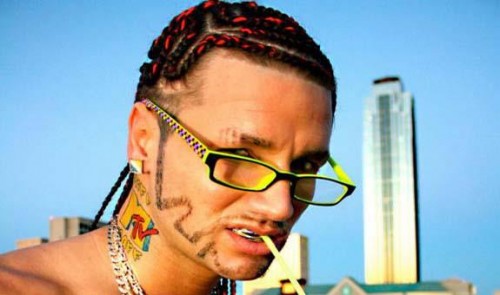 Jody Highroller hits the West Coast in support of Birth of an Icon.

The MTV neck-tatted, entirely-earnest former “From G’s to Gents” oddity will take his absurdist party raps on a brief tour. Signed to Mad Decent with a $45K chain, he was recently booed off the stage at one of the label’s block parties; here’s hoping these venues (details below) are a better fit.

RiFF RaFF’s debut Mad Decent mixtape, Birth of an Icon, features production from the label’s in-house talents Paul Devro and Derek “DJA” Allen, along with a track by Caspa. Download the mixtape via LiveMixtapes, and watch silky smooth throwback ‘Lil Mama’ below.