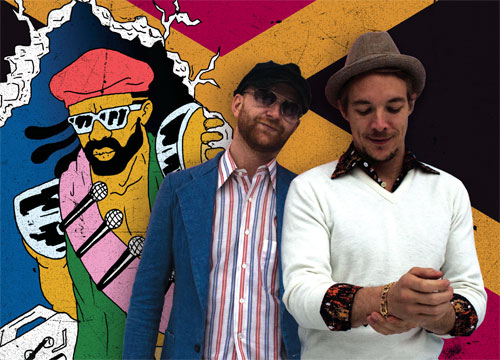 For the third year running, Red Bull will be convening an almighty musical dust-up.

On November 7, Wembley Arena will be reconfigured as a battleground in which four different soundsystems compete for victory. Over four rounds, each crew will have limited time to attempt to win over the crowd – and there are some formidable contenders throwing their hats into the ring.

Major Lazer, the biggest name on the bill, have the advantage; expect Diplo, Switch and a host of special guests to provide an incendiary blend of pan-global party fare. Boy Better Know will also be appearing, and they’re bringing along their A-team: Wiley, JME, Skepta and Jammer will all be appearing, and Lethal Bizzle and Chip will also be coming along for the ride.

Annie Mac will be curating a stage, headlined by Magnetic Man, the Travelling Wilburys of unit-shifting dubstep. Bristol’s Redlight will be investigating the low-end, and sprightly young pups Disclosure will be showcasing their infectious take on contemporary house. Rudimental, P Money and Dynamite will provide front line support. The final contenders are Channel One: expect Mikey Dread, Ras Kayleb and Anthony B to keep things decidedly dub-orientated.

Special guests galore are also promised on the night. If that’s not enough, Tim Westwood will also be hosting alongside Gemma Cairney, so there should be a delightful air of daftness to proceedings. Tickets and further information are available from the Red Bull Culture Clash site.