G.O.O.D Music, Jay Electronica – and Barack Obama? Watch three of the best from Jay-Z’s Made In America festival 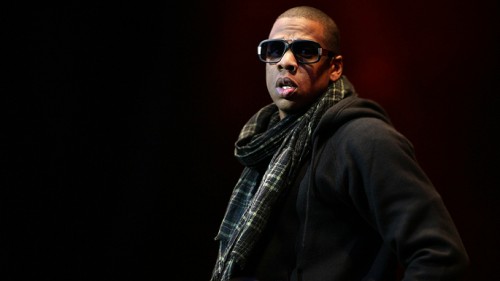 Made In America, Jay-Z’s first foray into the festival game, took place this weekend in Fairmont Park, Philadelphia.

D’Angelo, a reunited Run DMC, Odd Future (and, er, The Hives) were among the notable acts on the bill. The festival is already scheduled to get lavish big-screen documentation courtesy of Ron Howard, but, by way of a stopgap, we’ve compiled a selection of video highlights from the event.

Kanye’s G.O.O.D Music ensemble turned out in force: Pusha-T, Common, 2 Chainz and Big Sean all provided ample backup for their pack leader. Barrelling through the likes of  ‘Mercy’ and ‘I Don’t Like’, the crew put on an impressive display of big-name star wattage. And yes, Kanye brought Jay-Z to the stage to show off 2011’s favourite party trick.

Jay-Z‘s set, meanwhile, had the most impressive guest feature of the night: a prerecorded spot from the President Of The United States, exhorting people to register and vote. As ever, he’s an assured showman, darting around a canon that’s now nearly two decades broad.

Perhaps the most interesting set, however, arrived much earlier in the day. Rap sage Jay Electronica – surely set to finally blow in the coming twelve months – made an unexpected appearance, and, by all reports, smashed it (although we could probably have done without the 9/11 conspiracy theorising). Calling cards ‘Exhibit A’ and ‘Exhibit C’ clearly went down an absolute storm.