The most star-studded record of the year? G.O.O.D Music’s Cruel Summer gets shedloads of new guests 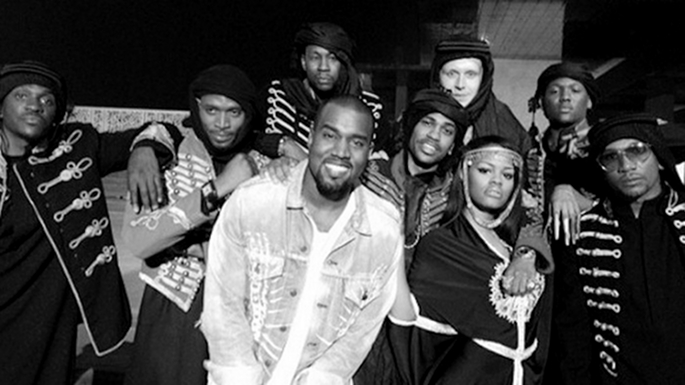 Kanye West’s league of extraordinary gentlemen are to get some assistance from a bunch of famous friends.

As we saw from their major set at Jay-Z’s Made In America festival this weekend gone, G.O.O.D Music are already a fairly motley crew. As reported, Cruel Summer was pushed back from September 4 to September 18 in order to squeeze on a host of extra guest verses. On paper at least, it seems like the extra fortnight has been put to profitable use.

According to Exclaim, Kanye’s brother-in-Thrones Jay-Z will now feature on the record. A couple of faces from the Wu-Tang Clan also locked in to appear: both Ghostface Killah and Raekwon will be rocking up, albeit on separate tracks. R. Kelly and The-Dream will be on hook duty, and DJ Khaled will be doing some trademark bellowing. Ma$e and Malik Yusef are both also confirmed to appear.

Even putting the guests to one side, G.O.O.D Music are already a fairly illustrious unit: Common, Big Sean, Pusha T, Q Tip and Mos Def have long been locked down to feature. Non-G.O.O.D signed faces already confirmed to appear are, of course, 2 Chainz, Jadakiss and Chief Keef; you can hear their appearances on  G.O.O.D Music’s remix of ‘I Don’t Like’ below.