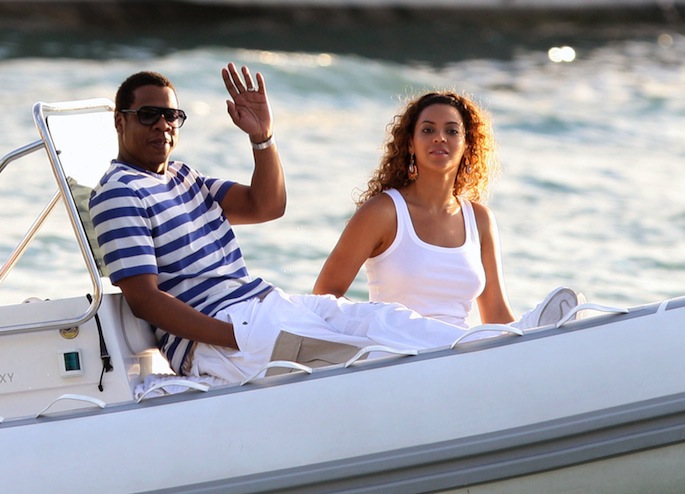 While Nicki Minaj has a funny way of showing her support of President Obama, Jay and Bey opt for a straightforward appraoch.

According to The New York Post, the pop music power couple will host a fundraiser for President Obama at Jay-Z’s 40/40 Club on September 18.

The Post hears it will be an intimate, 100 guest affair, with tickets going for a staggering $40,000 donation. Earlier that day, Obama is scheduled to attend a reception where photos with him go for a more reasonable $12,500 contribution. A representative for the 40/40 Club had no comment, but it is allegedly the Obama campaign’s last New York stop before the November election.

Before Jay-Z’s headlining performance at last weekend’s Made In America Festival, the President featured in a pre-recorded spot urging attendees to register to vote. Unfortunately, he did not cover Al Green as Jay (and everyone else) had hoped.