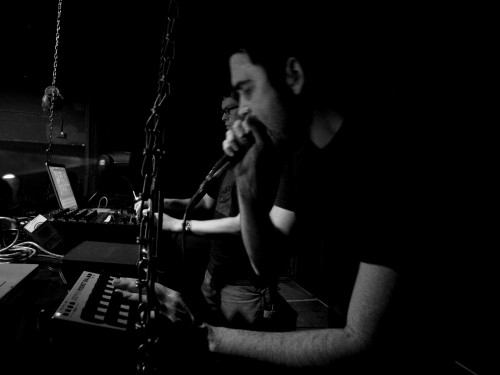 Update: Juno Plus now confirm that Where Pail Limbs Lie will drop on 12″ and digital on October 29. Prior to its release, the uninitiated are advised to check out our The Essential…British Murder Boys primer.

As British Murder Boys, Regis and Surgeon were known for crafting remarkable techno-brutalism and performing sonically abusive live shows. Of the impetus of the project, Regis told FACT, “Surgeon and I both knew that we wanted to produce giant slabs of music rather than just tracks for clubs.”

In 2006, Regis and Surgeon disbanded British Murder Boys while it was still vital. After reuniting for a one-off performance earlier this spring, however, the pair is ready to push the limits once again. The duo will release the grimly-titled Where Pail Limbs Lie on Mute’s Liberation Technologies sub-label soon. A teaser and the tracklist for the new release are below.

Where Pail Limbs Lie:
A. Dead Sun
B. In Another Country