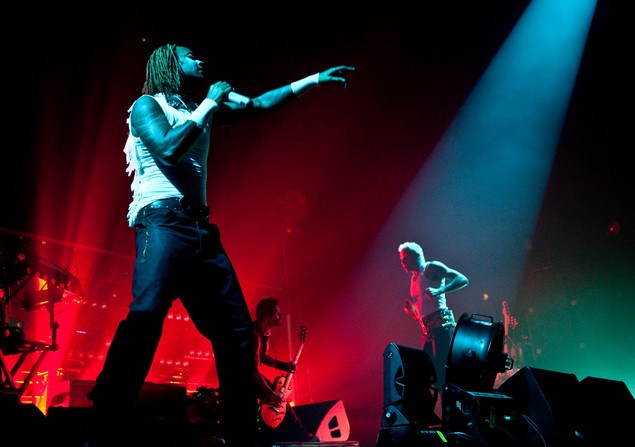 The Prodigy will play two shows at the Brixton Academy.

To celebrate the 15th Anniversary reissue of their landmark Fat Of The Land on December 3, the electronic firestarters will play two gigs in London.

Tickets go on presale tomorrow at 9am UK time at the band’s online store. Watch footage from the Prodigy’s 2008 gig at the Brixton Academy below.