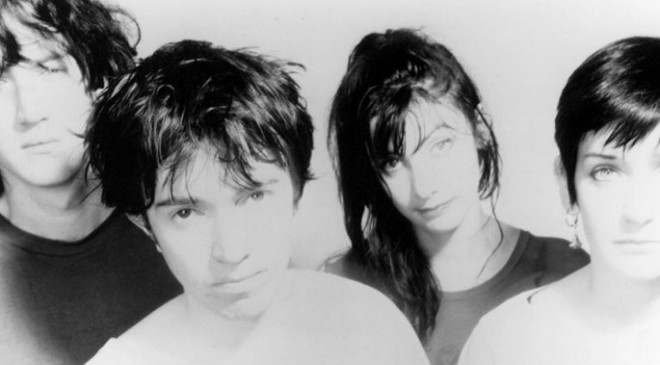 A new My Bloody Valentine album was promised by the end of 2012, a promise that looks increasingly far-fetched as the days creep by. What’s going on?

Speaking to Drowned In Sound [via Pitchfork], bass player Debbie Googe offered some valuable information on the state of play at Camp MBV. In some respects, the news is good: the album is “pretty much finished”, and will “definitely come out”. Still, it sounds like Kevin Shields’ famous meticulousness may well keep the record off shelves for a while yet: “It’s impossible to talk about time with Kevin, but in terms of percentage-wise, he’s got one more track he wants to do then that’s it. Everything else is recorded.”

Googe – currently earning her bread touring with Primal Scream – also talked about the behind-the-scenes operations of the band, revealing that she doesn’t play on the album at all: “Most of it is stuff Kevin has done, certainly guitar wise. It’s been a long process, you know. The drums have been added then taken off at least once. His brother did them at one point, then Colm [O’Ciosoig] came in and redid them. There’s some things Kevin can’t do, like the drums or Bilinda [Butcher]’s vocals, but everything else he can, and I’m certainly happy for him to do that…I guess it would be very easy for me to take some of the credit [for My Bloody Valentine’s success], but nearly all of it is down to Kevin. He’s very single-minded.”

Googe noted that those planning to catch one of the band’s forthcoming live dates can expect a sprinkling rather than an avalanche of new material: “I know [Shields] doesn’t want to play the whole of the new album. One of the reasons we booked Japan and Australia first was because they’re territories we never got to play the first time around, bar the one festival, so I’d expect those sets to be very similar to the ones we’ve been playing over here and in America. But then by the time we get back here, I’d expect there to be newer songs incorporated into the set that we haven’t played live before.”

The bassist is less helpful when asked to give a précis of what fans can expect from the album: “I really couldn’t at all. I’ve heard more of the new Primal Scream record than I have the new My Bloody Valentine one!”