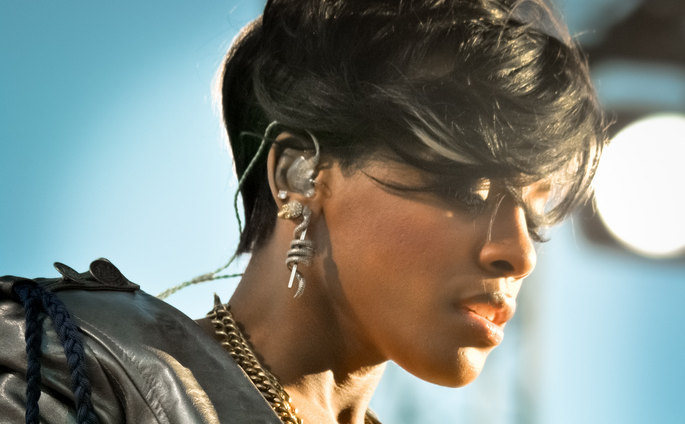 Dawn Richard’s Armor On was one of 2012’s most potent r’n’b sleeper hits.

A former member of girl group Danity Kane, 2010 saw Richard team up with Kalenna Harper and Diddy under the banner Dirty Money for Last Train to Paris, a frazzled ode to Ibizia that still marks the weirdest – and one of the best – records in Diddy’s catalogue. Since Dirty Money’s break-up, Richard has been focusing on her solo material, teaming up with producer Druski for Armor On. Speaking to FACT’s Alex Macpherson last year, Richard described Druski and her relationship thus:

“The first day we met, we realised our musical chemistry was dead on, we were meant to be together. He had an idea on what he wanted to do for me but by the time we did that, he realised we were gonna dream some way further than he’d thought. Once I told him, Dru, we’re gonna dream a little bit bigger and go a little bit harder, he was so excited – after working with so many artists it was an opportunity for him to spread his wings a little wider. We gave ourselves no boundaries. This kind of no-boundaries progression of R&B – that’s a sound we developed together.”

Next week sees Richard follow Armor On with Goldenheart, a new full-length album. As well as Druski, GoldenHeart features production from The Fisticuffs (Miguel, Jhene Aiko) and Denote, and centres around last year’s single ’86’.

Richards uploaded snippets of material from the album to her Soundcloud this morning, which can be streamed below: release date is January 15.