New Beyonce album due “as early as April” 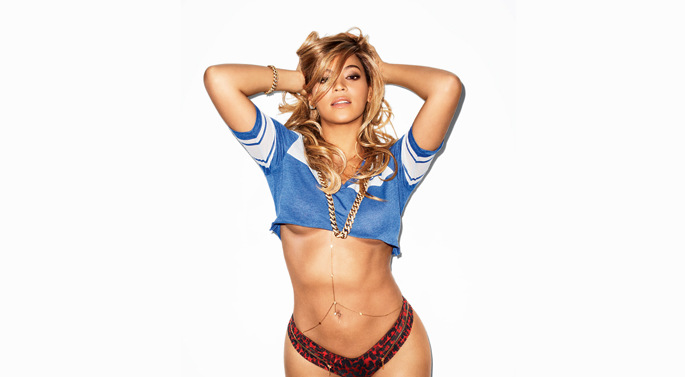 In a new interview with GQ, Beyonce reveals that her next album is due out “as early as April”.

There’s been a lot of speculation about Beyonce’s post-baby movements of late. What we do know, on top of this latest revelation, is that she’s set to sing at both February’s US Super Bowl and January’s second inaugration for Barack Obama, and HBO’s Beyonce “documentary” – that she directed, produced, narrates and stars in – is set to premiere in the coming weeks. There’s also been talk of a new single with Lady Gaga (and, potentially, Azealia Banks) titled ‘Rachet’ as well as a feature spot on the rumoured new Justin Timberlake single.

Her fifth album, she tells GQ, is at this point untitled. To read the full interview, which delves into motherhood, Beyonce’s childhood and her incredible sounding “Crazy Archive” (think a much more innocent but equally neurotic version of Christian Grey’s Red Room), click here. The much talked about photos [see above for an example] come from Terry Richardson.

Producer The-Dream, of course, stated that Beyonce would “definitely” release new material before that February Super Bowl show. He is useless when it comes to release dates though, so let’s take that with a pinch of salt.