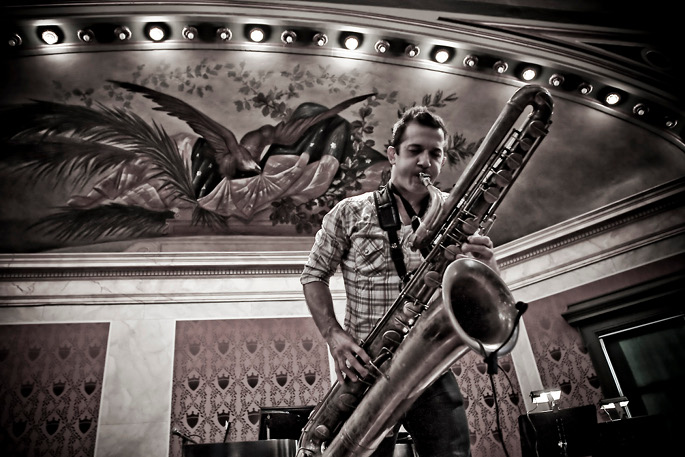 After years of service providing puff for a host of major indie acts – including TV On The Radio, Arcade Fire and LCD Soundsystem – Stetson had his own moment in the sun with 2011 crossover disc New History Warfare Vol. 2. A dazzling collection of solo one-take performances, the album was notable for its incredible sound quality – over 20 mics were used to capture his performance – and a memorable guest spot from Laurie Anderson.

As Exclaim report, the Montreal resident will release New History Warfare Vol. 3 through Constellation in the Spring. The album promises 11 substantial pieces, all clocking in at around the 10 minute mark, and promises to expand on the sound of the previous two installations in the trilogy. As Stetson puts it:

“The storyline and the world that I’m trying to inhabit and create with this third one is much bigger. Vol. 2 is very urgent and there’s a lot of intimacy about how everything is. This one retains that and, at times, gets even closer. But it also opens up”.