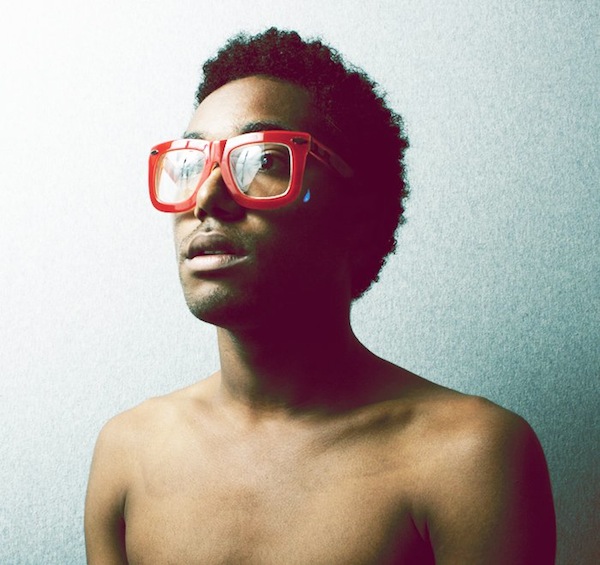 The last year has seen electronic music inundated with various derivatives of “trap music” as countless producers armed with the TNGHT EP and a clutch of Lex Luger samples stitch together bad facsimiles of Baauer tracks.

The Night Slugs / Fade to Mind affiliate has been on our radar for a while, thanks to an inventive approach to the prevailing template that has made his music a stand-out of what he calls a “post-‘Cbat’ climate,” where “trap-rhythms with weird synths over the top” rule the day.

“I don’t create music in a bubble…but some people are way more calculating about what they’re trying to do.”

“I don’t create music in a bubble. So I’m definitely aware — perhaps too much so — of what is happening in the periphery of Internet culture or popular culture at large,” he admits. Still, he’s not concerned with “figuring out what’s passe and what’s acceptable.” “Some people are way more calculating about what they’re trying to do with their music and aware of the faux pas that are associated with it,” he says. “I’m just reacting to what makes me feel good and what I really want to hear.”

“It’s 2013: I think we’ve come to grips with the fact that it’s damn near impossible to come up with anything new. I’ll be unabashedly clear that a lot of what I do is reconfigurations of older ideas put together into a more modern framework, but beyond all that, it’s really just about pleasing myself.” This has resulted in a “self-indulgent” style that has found him putting a harmonica solo in one song (‘Rashida Jones’) and using an accordion as the main melodic structure on another (‘White Hood’, which appears on Night Slugs All Stars Vol. 2). But don’t be fooled, these idiosyncratic touches aren’t jokes: “There is very little irony about what I’m trying to do.”

Canty’s musical background is inextricably linked to his parents. His father (a radio personality who currently works in the DC market) brought home hip-hop, dancehall, early drum-and-bass, and downtempo records, while his mother’s tastes ran the gamut of classic R&B (Marvin, the Isley brothers, Prince). They made him take piano lessons before he made a “punk rock” move to the drums and guitar, and DJing has always been a part of his life. Canty recalls his father’s Technics SL-1200s, whether he was using them to learn how to scratch or watching them tumble down the stairs amidst parental conflict. When he graduated high school, his father gave him the turntables – a passing of the torch, if ever there was one.

After a foray into the DJ scene in DC and Baltimore, Canty moved back to Kansas (Lawrence, specifically), briefly studying film before dropping out to focus full-time on music. The first step was insinuating himself into Lawrence’s music scene, which he admits “wasn’t really that hard” considering the city’s small size. He connected with producer/DJ Tom Lindner (who produces under the name Tom Richman) and versatile vocalist Jamaal Rashad (aka Maal a Goomba), forming a loose collective they call Team Bear Club. Their weekly party, the Goomba Rave, is a play on their self-described style, “goombawave.” The somewhat facetious genre name was inspired by an offhand remark from Rashad, that “a goomba is just a nigga in nature.” It’s a term with which Canty identifies. “I can drive 15 minutes in any direction and I’m in the timber.” He attributes the contemplative, moody nature of the crew’s music to their idyllic Kansas surroundings.

Perhaps more important than the physical geography of the area is the human geography: Lawrence is just down the road from the true center of the United States, which Canty says forces locals to reconcile an “overflow” of music traditions. This is especially true regarding hip-hop, whether it’s from Memphis, “Kanye-era” Chicago, or even the Bay Area (“The Pack, Too $hort, Mac Dre all hit Kansas hard,” he says).

Canty’s first notoriety as Morri$ came from an unlikely association with seapunk, that infamous Internet subculture. Before expatriating to Chicago, scene heavies Albert Redwine (Ultrademon, Fire for Effect) and Zombelle were based in Kansas, and even though it wasn’t a natural stylistic pairing, Canty collaborated with Redwine on a track for a seapunk compilation. In hindsight, the “silver lining to being associated with what is now a completely dead joke” was another connection he made via the project, as he forged a relationship with New York rapper Le1f; he would go on to produce a pair of tracks on Le1f’s breakthrough Dark York mixtape.

“If you’re able to communicate with me on a musical level that speaks to timelessness, something that can be launched into the larger continuum of music, that’s what resonates for me.”

His dalliance with seapunk was an informative experience. “There was nothing else to grab on to other than the joke, so once you get the joke, does this music warrant repeated listenings? Is this going to last longer than the five minutes you spent downloading and then listening to it?” It seems to be a question that drives his own work. He knows that it’s a “lofty expectation,” but his goal to create “classic, timeless music.” No matter the contemporary trend, he is “focused on being whatever the residue is at the bottom at the glass after all this stuff evaporates.”

“I come at it with a much more open framework: if you’re able to communicate with me on a musical level that speaks to timelessness, something that can be launched into the larger continuum of music, that’s what resonates for me.” That resonance with the history of dance music is what drew him to Night Slugs. “Not only did they have modern influences that were immediately identifiable, but there was an investment in the lineage of electronic music. You could see the footsteps they were taking between grime and old school techno and Dancemania-era Chicago stuff.” 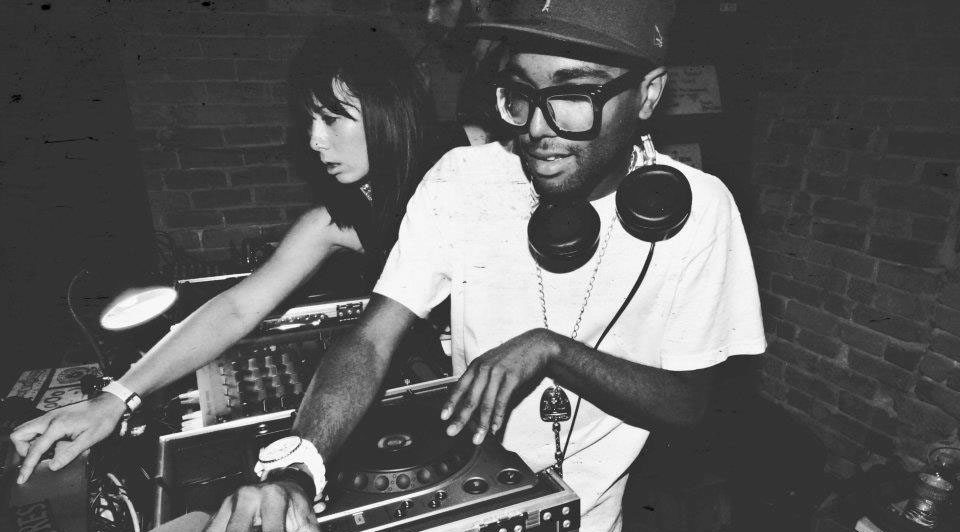 A few years ago, he reached out to the guys at Night Slugs, hitting it off with Bok Bok, who later introduced him to the forces behind their American sister label Fade to Mind, Kingdom and Prince William. The relationships snowballed into the release on Night Slugs and gigs performing as part of the Fade to Mind stable. “I know how much of a long-shot it all was, me in Kansas, just reaching out to these international stewards of dance music,” he says. “I feel very lucky.”

But while his connections with Night Slugs and Fade to Mind have been beneficial, his personal goals don’t always line-up with those of the labels. That’s why he has decided to launch his own label, Bear Club Music Group, as a way to put forth his “personal stamp” but also support like-minded artists, starting with his Team Bear Club cohort. “I wanted to create a space where artists like us could operate and strike up this conversation with our audience, and we’re all speaking the same dialect.”

“I know how much of a long-shot it all was, me in Kansas, just reaching out to these international stewards of dance music…”

Along with setting up digital distribution, Bear Club Music Group has signed a worldwide vinyl distribution deal with Crosstalk International. “They understood what I was trying to do,” he says. “I didn’t just want to be a digi label. I wanted people to be able to thumb through Thomas Bangalter records and Theo Parrish records and find Morri$; all of a sudden we’re part of the same lineage.”

The label’s first release is Morri$’s ‘Ladyboy,’ a romantic orchestration that follows the template of his recent work: syrupy ambience, top-notch melodies, and walloping hip-hop percussion. Vocal samples waft in and out like crossfaded radio singles, and the song develops in sweeping movements. It’s exactly what Morri$ is aiming for: a contemporary sound that isn’t disposable.

Likewise, the same irony-free approach that defines the music defines the visual. “We wanted to get a desensitized generation of people to feel something, and evoke longing and sadness and a sense of escapism.” Rashad helmed the project, weaving together at least four videos into a seamless “Frankenstein.” For now, the label is approaching video as if sampling records, repurposing found footage like so many R&B acapellas.

Apart from launching the label, 2013 will see Canty explore new sonic frontiers. He’s moving from sampling to working with orchestral and symphonic elements, crafting a “melting pot” of live and synthetic material that he says is “completely seamless.” Friend and songwriter Mocky (who has collaborated with Feist and Jamie Lidell) has helped him bridge the two worlds. “It’s really self-indulgent in a way, but I think it resonates,” he admits. “We’re getting back to the roots, back to when melodies and progressions drove the music.” He’s excited for the new music to trickle out. “People will see my world become more three-dimensional.”