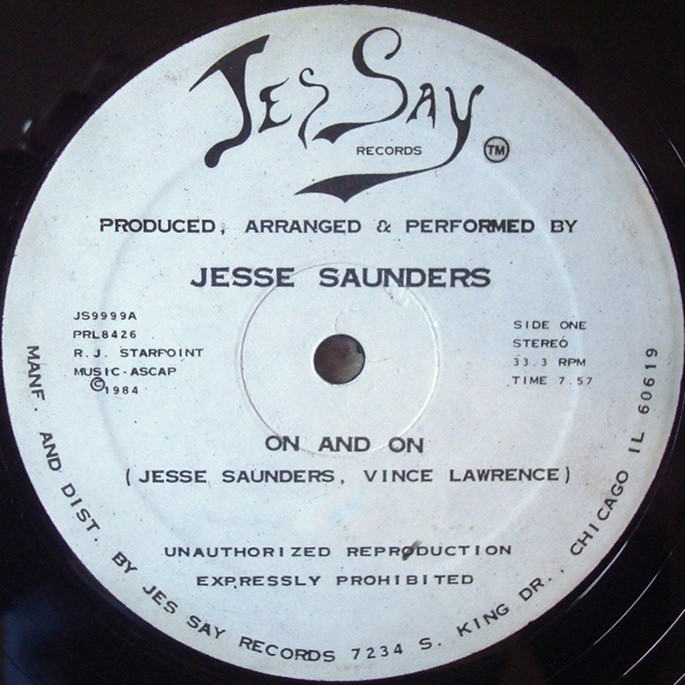 Saunders’ hypnotic jam, produced in association with house engineer/bigwig Vince Lawrence, was first released in 1984 on his own Jes Say label. Depending on who you ask, ‘On & On’ may or may not be the first house record – there’s a case that Saunders’ ‘Fantasy’, released under the Z-Factor alias in the same year, has a better claim to the title – but it’s undoubtedly something of a Rosetta Stone for the Chicago sound. Built around a ‘Space Invaders’ sample and Saunders’ shamanic vocals, it’s a powerful snapshot of the moment when the sort of loose-limbed disco being turned out by the likes of Sinnamon and The Peech Boys began to calcify into something tougher, sharper and stranger.

Rush Hour’s ‘On & On’ reprint will be identical to Saunders’ original release, offering the main 12″ vocal mix of the track and five supplementary rhythm tracks. The Rush Hour edition will also replicate the original Jes Say artwork. A release date has yet to be announced, but the record is expected to arrive sooner rather than later.

Last week, Rush Hour announced a reissue of Mustafa Ali’s exceptional Dawn Of A New Age, originally released under the N.A.D. alias in 1990. [via Resident Advisor]