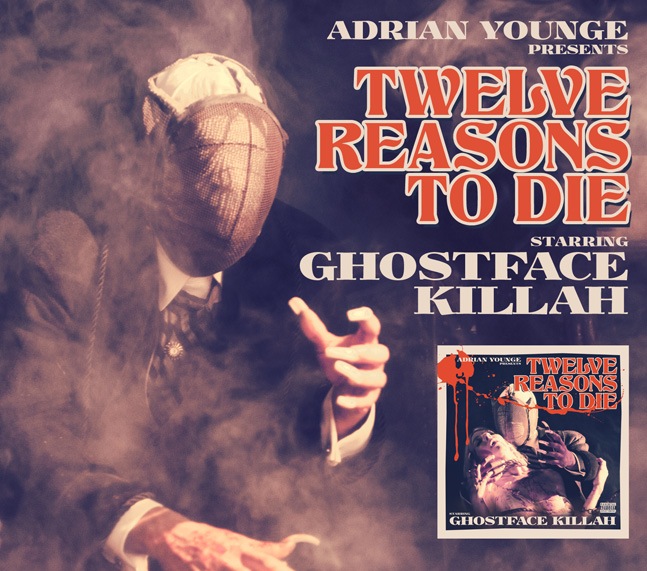 Here’s a reason to grin: Ghostface Killah’s 12 Reasons To Die LP has got a release date.

The label are touting the record as a synthesis of Morricone, Portishead, and vintage Wu, which sounds like an auspicious recipe. As tends to happen with these sorts of ventures, RZA has executive produced the LP; the cover art, meanwhile, is still fifty shades of awesome.

Live dates from the pair are also promised between March and June. Lead track ‘The Rise Of Ghostface Killah’ is available to download below, and sees the rapper spit over a velvety soul loop (and briefly channel the ghost of ODB while he’s at it).

In other T. Starks news, the rapper has dropped further information about his long-anticipated collaborative record with DOOM. Whilst in Amsterdam as part of “the world’s pre-eminent cannabis festival” Cannabis Cup, he revealed that the long anticipated album is still happening after all:

Me and MF Doom we got a project coming. I don’t know the name all the way yet, but you know it’s a Ghostface/Doom project. But yeah, we out here right now trying to put together the songs, the beats. To see which tracks we gonna finish using. We already got a bunch of stuff anyway. We just testing out the tracks. We’ll listen to him. We ain’t get to listen to them yet. He just flew in today.

I know ya’ll been wanting that shit for the longest. Since we did Fishscale and shit. It’s right now. It been time, but everything happens in God’s time. You know what I mean? So we gon’ rock this for ya’ll. We gonna keep it moving. So ya’ll just stay tuned and prepare for it. Buckle your seat and let’s go, let’s get busy. [via HipHopDX]

DOOM has previously told FACT that the collab was “definitely” on the cards. The wonderful Get On Down imprint will reissue Ghostface Killah’s LP 1996 Ironman at the end of the month, complete with jigsaw puzzle and “cherrywood trophy box”.