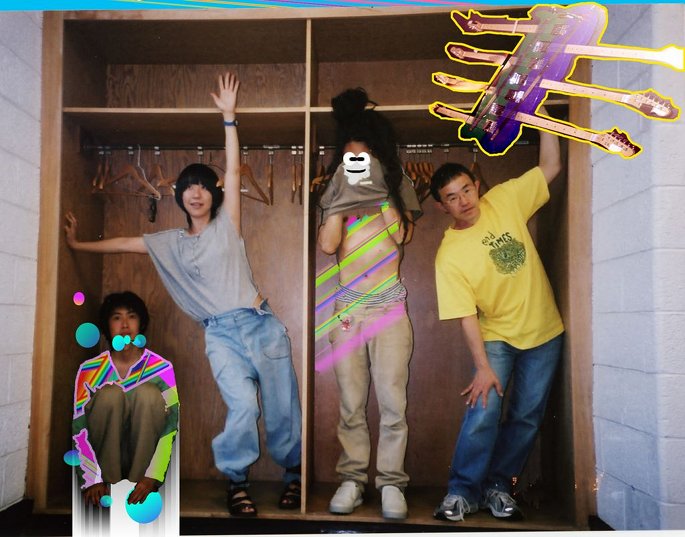 1972 were responsible for a string of notable represses throughout 2012: a clutch of classic Aphex Twin LPs, numerous Stereolab albums and a pair of  Jesus And Mary Chain compilations all saw the light of day under their watch.

As Exclaim report, 1972’s next subject will be chameleonic Japanese outfit Boredoms. Over 25 years and countless line-up changes, the Osaka band have endlessly renewed themselves, flitting from noise to doom to motorik to turntablism to…look, they’ve just about done it all. 1972 have announced vinyl reissues of two relatively early records from the group, 1992’s Pop Tartari and 1994’s Chocolate Synthesizer.

In a canon rich with oddities, Pop Tatari is one of the band’s stranger releases. Originally released on WEA Japan, the record has some of the wanton absurdity of classic Captain Beefheart, tilting abruptly from groovy lounge music to labyrinthine screamo rock to George Clinton-grade funk. Chocolate Synthesizer, meanwhile, is typically posited as transitional record for the band, heralding their move from frenetic metal and noise rock towards the taut, hypnotic work found on works like 1998’s Super æ.

As is 1972’s way, both records will arrive without any bonus tracks or supplementary goodies. Pop Tartari and Chocolate Synthesizer will see release on 2xLP on May 14.