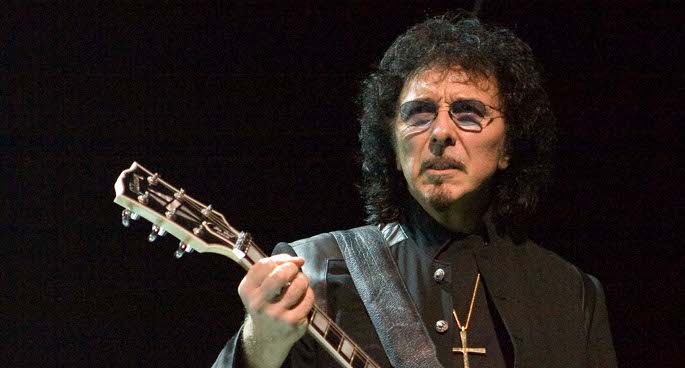 Katrina And The Graves.

According to The Guardian, Black Sabbath legend Tony Iommi has penned Armenia’s official entry for this year’s Eurovision Song Contest. His effort, ‘Lonely Planet’, will be performed by Armenian combo The Dorians. Unlikely as it sounds, Iommi has a long and rich relationship with the Eastern European state: he helped raise funds for the country in the wake of the devastating 1988 earthquake, and was given an order of honour by the Armenian government in 2009.

‘Lonely Planet’ reportedly began life as a “demo idea”, and was selected for the competition at the behest of representatives from the Armenian public television network. Iommi doesn’t exactly sound cock-a-hoop about the song: “I’ve always thought, ‘Oh no, not the Eurovision’, and here I am in it now. I first said: ‘Oh God, I don’t know”. It seemed really strange, me doing a Eurovision song, I don’t usually do that. But I said: ‘I’ve got a rock ballad, I’ll send it over.'” He also suggested the track will get “slagged, like everything else does”.

The Eurovision Song Contest will take place in Malmo, Sweden on May 18. Britain’s official effort, meanwhile, will arrive courtesy of Welsh foghorn Bonnie Tyler. The classic Osborne/Iommi/Butler line-up of Black Sabbath are currently at work on their first album in 35 years. The record, titled 13, will arrive in June on Vertigo Records.