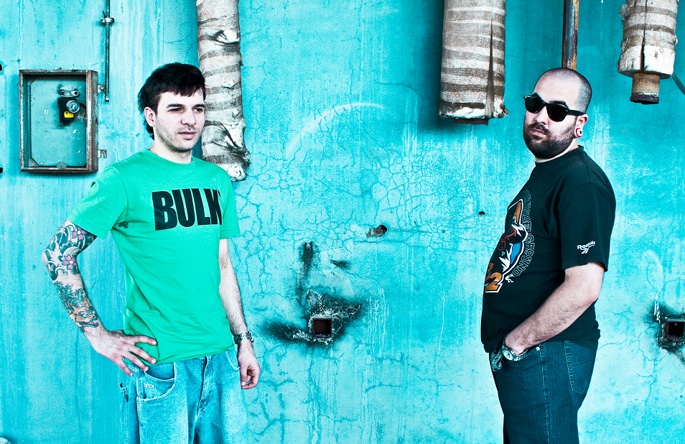 Hardware-heavy Techno fans and inveterate workaholics The Analogue Cops have announced yet another new project.

What with a full-length in the works and their recent efforts with Blawan as Parassela, you’d think Lucretio and Marieu might ease up on the side projects. Not so: the pair have launched a new label, Bratha.

As Resident Advisor report, Bratha promises to be a fairly puritan endeavour: all releases will arrive exclusively on vinyl with minimal artwork and unshowy track listings. In a similar vein to Sandwell District, Bratha also refers to a collaborative recording project, featuring the pair and newcomer No Mad Ronin.

Label and band alike will debut with Bratha 01, which will feature four untitled tracks from the trio. The music in question was reportedly “produced using hardware and recorded on ferromagnetic tape during frantic late afternoon sessions.”  The first track on the flip features additional contributions from one Arthur Cayzer, better known as fellow Blawan collaborator Pariah.

Bratha 01 is out later this month, and will be limited to 300 copies. The Analogue Cops’ Heavy Hands LP is also due in March.

Tracklisting:
A1 Untitled
A2 Untitled
B1 Untitled feat. Arthur Cayzer
B2 Untitled