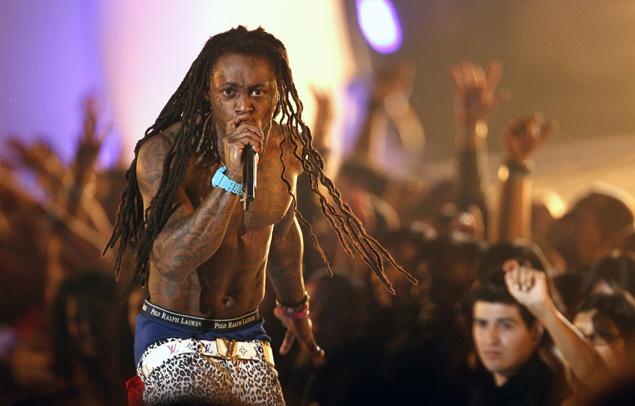 On Thursday, we reported that Lil Wayne had suffered his second seizure in six months at a video shoot in Los Angeles.

News was scarce at the time, with reports suggesting that Wayne had become unwell on Tuesday, endured an overnight stay in hospital, and been released the following day. Unfortunately, this wasn’t the end of the story. Within a couple of hours, Lil Wayne suffered another bout of seizures and was returned to hospital. Thus began a frenzy of confusion, rumour and misinformation, with reports suggesting at one point that the rapper had been read his last rites.

The news broke on Friday evening through TMZ.com, who first reported that Wayne had been readmitted. The site claimed that “high amounts of codeine” had been found in his system, and that his stomach has been pumped three times. For a brief period, the site also reported that Wayne was being read his last rites, although this part of the report was later pulled.

Contrary reports were sent out from the YMCMB camp, with Mack Maine and Birdman both stressing that the rapper was corpus menti. At the same time, however, TMZ reported that Wayne’s mother was catching an emergency flight to the hospital, and was expected to make a decision whether or not to keep him on life support.

Within a few hours of TMZ’s first report, Lil Wayne’s account sent the message “I’m good everybody. Thx for the prayers and love”. Others, including T.I. and Busta Rhymes, said they’d spoken directly to Wayne by phone. On Saturday morning, however, TMZ was reporting that Wayne was still in a critical condition. Wayne’s official publicist has said since said he’s “recovering”, although concrete details are, four days on, still hard to to come by.

Nicki Minaj and Drake were among those who visited Wayne overnight. One unlikely well-wisher was Lee ‘Scratch’ Perry, who recorded an avuncular ditty of support for the rapper, telling him to “put down the sizzurp” and “enjoy yourself”. Click below to watch.

Update: TMZ reports that Lil Wayne has been moved out of ICU and into a “regular room” as his condition has stabilized.