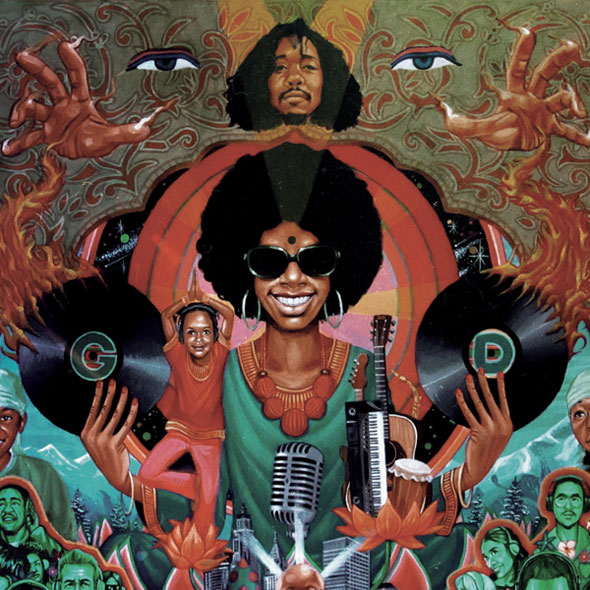 G&D sees rootsy singer and beatmaker Georgia Anne Muldrow team up with life-partner Dudley Perkins, aka Oxnard rapper and singer Declaime. Muldrow’s last album was last year’s Seeds, a dusky collection of psychotropic soul produced entirely by Madlib. Perkins, meanwhile, dropped the rap-heavy Self Study LP in 2011, produced by Muldrow. The pair clearly don’t give much of a hoot about the work-life partition; they operate the SomeOthaShip Connect label together, and have pooled resources on a full-length (2007’s The Message Uni Versa) and a string of short-form releases since.

New album The Lighthouse, credited to G&D, will arrive in the height of May on SomeOthaShip. The album’s been in gestation for some time, with trailer tracks ‘Majesty’ and ‘Power’ emerging way back in Sprin 2011. The 17-track LP features guest appearances from LMNO of L.A. rap crew The Visionaries and singer/songwriter/relative Shara Jenson Muldrow. The album also comes with some ravishing artwork from Japanese painter Tokio Aoyama (see above). A heady brew of hip-hop, jazz and soul is promised – we wouldn’t expect any less.

The Lighthouse is due on May 21 on SomeOthaShip. Muldrow guested on Madlib’s recent EP-length collaboration with M.E.D. and Blu. [via HipHopDX]