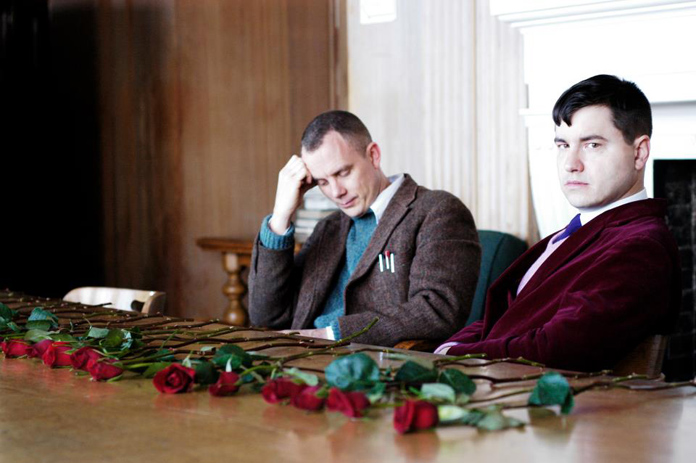 In today’s FACT interview with Matmos, as well as discussing the duo’s new album The Marriage of True Minds, member Drew Daniel reveals that he’s working on another album with his house-orientated side project, The Soft Pink Truth.

Between 2001 and 2004, Daniel [above right] released two albums and three singles as The Soft Pink Truth, all released through fellow sampling innovator Matthew Herbert’s dancefloor-focused Soundslike label. The second of those albums, Do You Want New Wave or Do You Want the Soft Pink Truth? was a cover album of ’80s punk and hardcore, and featured in a respectable position on FACT’s 100 best albums of the 2000s list.

The third Soft Pink Truth album, Daniel tells FACT, will feature “deep house covers of black metal songs”. “I’m trying to respect the shape of the originals”, he continues, “in thinking about what makes a black metal song worth covering or not, what matters is not the texture, it’s the riffs and structure, and some of these black metal songs are so tightly formed.”

“This is all pushing off from what we did with [Matmos’s Buzzcocks cover] ‘ESP’, realising how many choices there are to make in arranging and tranforming someone’s music, and it’s sort of like a bag of Doritos… you have one, then it’s addictive and you can’t stop.”

Stream The Soft Pink Truth’s cover of Minor Threat’s ‘Out of Step’ below, and read the full interview with Matmos here.