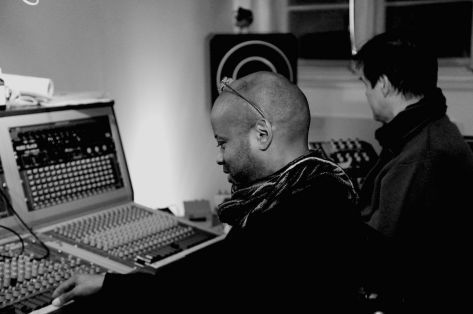 Two of techno’s all-time greats, Juan Atkins and Moritz Von Oswald, have collaborated on a new album under the name Borderland.

One third of Detroit’s legendary Belleville Three with Derrick May and Kevin Saunderson, Juan Atkins is credited by many for inventing techno music with his 1980s work as Cybotron and Model 500. Moritz Von Oswald, meanwhile, is one of the 1990’s most influential producers, flipping the techno script with his work as half of Basic Channel and Maurizo. His recent years have been dominated by his group The Moritz Von Oswald Trio, a group he shares with Max Loderbauer and Vladislav Delay.

The Borderland project will be debuted in the form of a live show at this year’s MUTEK Festival in Montreal; an eight-track album will follow through Berlin’s Tresor Label on June 10. It will be released as both CD and a series of three 12″ singles.

You can stream Juan Atkins’ 2012 FACT mix here. Update: The album’s tracklist has been revealed: