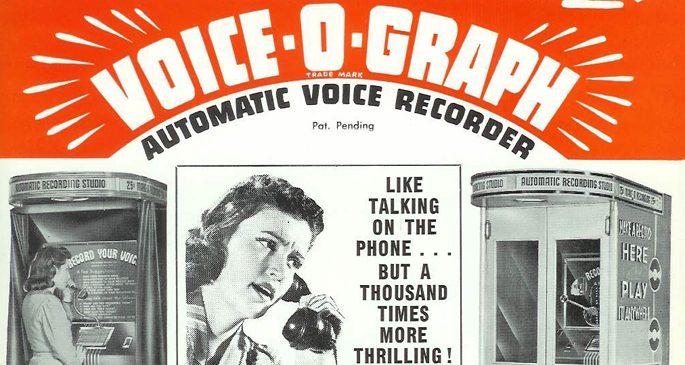 In probably the best Record Store Day stunt so far, Jack White has managed to refurbish a rare 1947 Voice-O-Graph machine to allow the general public to cut their own records in a matter of minutes. These machines were once a staple at videogame arcades, but these days are hardly ever seen; in fact Jack White’s is rumoured to be the only working model in the world right now.

The Voice-O-Graph will allow patrons of White’s Third Man Records in Nashville to lay down two minutes of audio which will be subsequently spat out in the form of a fully playable 6″ record. We don’t know about you but the possibilities for (ab)use seem endless.

Just in case you were still a bit unsure, Raconteur Brendan Benson has laid down an instructional video that you can check out below.