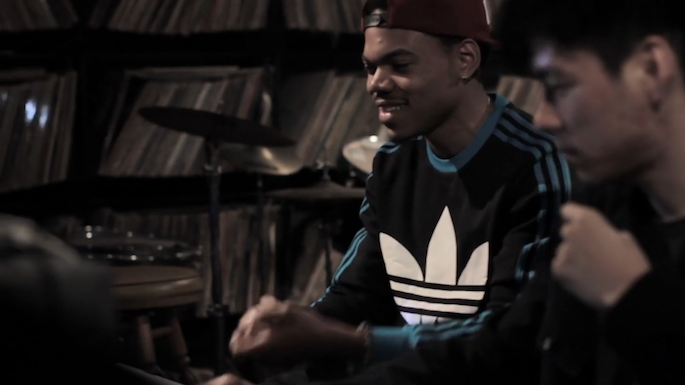 The pair collaborated as part of Yours Truly and adidas originals’ excellent Songs from Scratch series.

It turns out the track was part of the same series that has given us collaborations between Shlohmo and Jeremih, Jacques Greene and Tinashe, and Lunice and Angel Haze. Watch a brief video about its creation below; ‘Paranoia’ will be available as a stand-alone track on May 7. Download Acid Rap now. [via Potholes In My Blog]