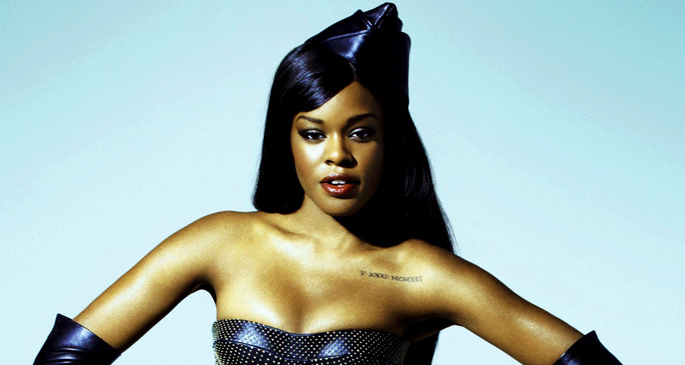 Some actual music news from the Azealia Banks camp.

At this point, provocative rapper Azealia Banks is probably better known for her sprawling multitude of beefs than her actual music. It’s been a long time since the effervescent, unexpected shake of the universally lauded ‘212‘, and while the Lil Internet-produced ‘Yung Rapunxel‘ was good enough it didn’t seem like quite enough to refresh the palate. It makes sense then that her PR team should stifle her online persona a little then, and now if you go over to her Twitter only a mere handful of tweets are left, and more surprisingly none of them are in any way inflammatory.

One Tweet that hasn’t been nixed handily teases information on the next single, which Banks has informed us will be titled ‘ATM JAM’ and will be featuring none other than Neptunes-man and Daft Punk-collaborator Pharrell. He’s had a pretty high profile year so far, so we wouldn’t be surprised if Banks is hoping to ‘Get Lucky‘ with this timely guest spot. [via Hypetrak]