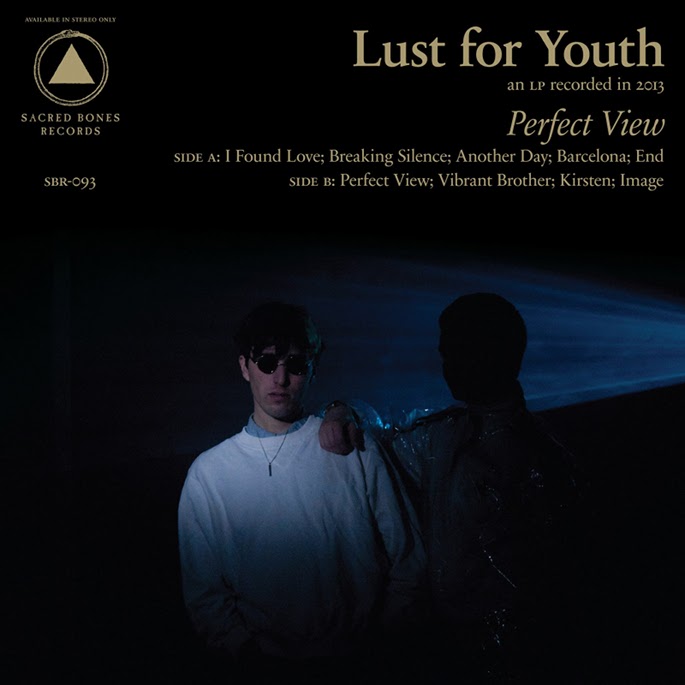 “I wanted to make post-punk but I can’t really play any instruments. All I had was an old Casio keyboard.”

So spoke Copenhagen-based Hannes Norrvide when we chatted with him last year as part our New Talent series. That quote says it all: his music as Lust For Youth is a bruised, frowzy cri de couer, in hock to minimal wave and the grottier end of goth. Following on from 2011’s Solar Flare, he released (and, thanks to the patronage of Sacred Bones, re-released) the fantastic Growing Seeds disc in 2012. The ‘Chasing The Light’ 12″ followed in February of this year, and showed Norrvide letting some air into his claustrophobic soundworld.

Norrvide will return in July with a new full-length, Perfect View. The album takes its thematic cues from Herod And Mariamne by iconic Swedish author Pär Lagerkvist, which documents the life and murder of King Herod’s second wife. Unlike Growing Seeds, the new album is primarily instrumental, with a greater emphasis on samples and mood. Sacred Bones are also touting it as Norrvide’s punchiest album to date, and one which “ventures more towards rave than no-wave”.

Perfect View is due on Sacred Bones on July 15. The low-lit, koanlike ‘Breaking Silence’ is available to stream below.