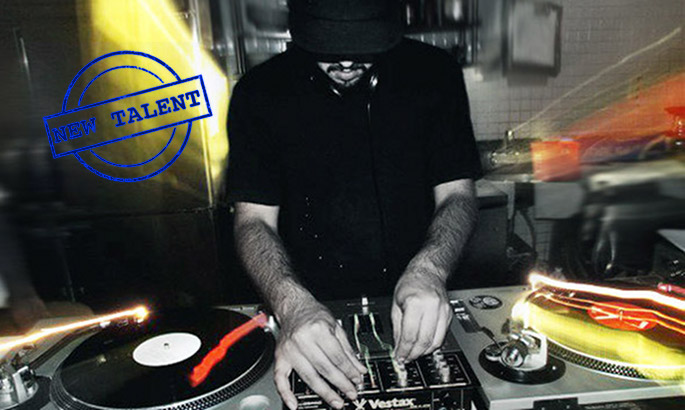 MGUN – four initials cropping up around these parts with increasing regularity.

Released at the start of the year on Will Bankhead’s excellent The Trilogy Tapes imprint, the techno producer’s The Near Future EP set a perilously high bar for his contemporaries. It’s a genuinely mercurial release, lurching from dinky electro to beatless psych-rock to fuming Drexciyan techno. Real talk: six months on, only DJ Rashad’s Rollin‘ has challenged its status as the EP to beat in 2013 .

MGUN – real name Manuel Gonzales – has, however, been making moves for some time before that. His official coming-out was in 2010, when he collaborated with Wild Oats boss Kyle Hall as NSNT PRJCT, and he’s travelled the globe with Underground Resistance’s Interstellar Fugitives collective. An EP for Semtek’s Don’t Be Afraid label also piqued interest, as did a second effort for Wild Oats, Harmnear. All show a keen and adventurous young talent, suggesting that the musical ley lines running beneath the Motor City continue to work their magic.

With a new EP, If You’re Reading This, set to drop on Don’t Be Afraid later this month, FACT took five with Gonzales to natter about his hardware crush, Detroit’s new breed and future plans. Don’t Be Afraid have also gifted us the first play of the video for EP closer ‘Bean Chirp’, directed by Toby Knight; click below to watch.

What was your route into production?

Having stereo components and LPs around the house had the earliest impact on me being interested in music. Obtaining tape decks and music-making devices came later after figuring out all things stereo-related. So moving on experimenting with all these and making recordings was the ultimate outcome.

There’s a heavy emphasis on analogue textures in your music. What creative possibilities does hardware offer you that software doesn’t?

I like to touch and tweak the knobs on hardware. I feel like I see too much shit at one time when I’m on a computer. It’s limited in ways and sometimes less is really more.

From ‘Westerns’ to ‘Konnekt’ to ‘Walk With Me’, there’s a clear streak of kosmische and psychedelia in your work. What attracts you to that sound?

It seems I tend to sound like that on a nice sunny day : ). I’ve always been a fan of mid-century everything from modern funiture to music like early rock and synth compositions that had a lot of experimentation with electronics and visuals. Check out the Joshua Light Show on YouTube and you can get a idea of the visuals I’m speaking of. But I’m not sure where the psychedelic aspect comes from.

All your releases to date suggest somebody with broad and diverse tastes. Are you an eclectic listener/collector? And what’s currently caught your ear?

I try to always keep an open ear. I collect music that sounds good to me and also on any format. There’s always something you just stumble across by accident.

You came up on Kyle Hall’s Wild Oats label, which has done a wonderful job of representing Detroit’s younger producers in recent years. Are the Detroit new breed in good health?

For sure! We have Jay Daniel getting long hours in the studio and making a name for himself. And the others I can think of are Qaadir King and Ajumu Yakani. These are two names you will be hearing more of soon I’m sure of it.

In the past you’ve toured under Interstellar Fugitives’ wing – is there much dialogue between Detroit’s figureheads and the younger generation?

I would say the folks I personally met are always interested and keep their ears to who and what’s new. I’m sure it’s always been like that in one way or another.

Talk us through your forthcoming EP for Don’t Be Afraid.

The first track is a true blast from the past with all machines sliding on top of each other with no MIDI, including one of the first synths I owned. ‘Proxy’ is a straight to the point acid banger – not initially being the idea of the song’s outcome. ‘Funnel Vision’ is my favorite on the EP because I feel it takes me places and brings back memories when I listen to it. ‘Jijijijij$ijijijiji’ is a spaced out electro track, ‘Tritan’ touches down on old school Detroit style techno and ‘Bean Chirp’ is a crunchy old number from the KON & SHEF archives which you will hear more about in the future.

What projects are you working on at the moment?

I never like to jump the gun. The only thing worth saying at this point is to look out for more MGUN and my alias SAVANT -another project I been working on even before MGUN existed.