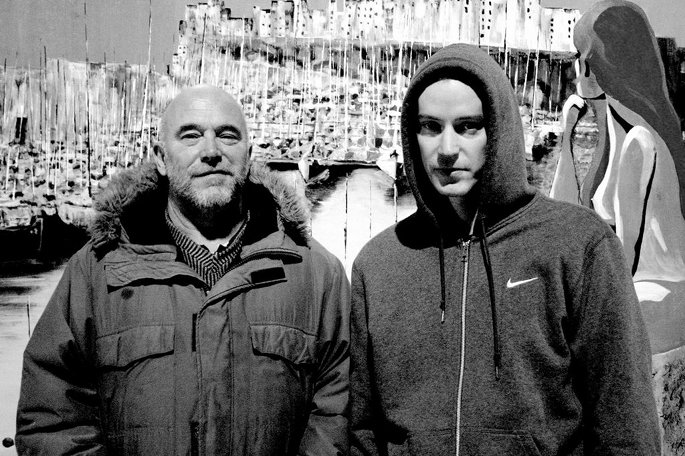 Adrian Sherwood: custodian of the seminal On-U Sound label since the early 1980s, and one of the most important names in the development of UK dub. Pinch: Tectonic boss, Bristol figurehead and, with releases like ‘Qawwali’ and ‘Croydon House’ to his name, flagbearer for dubstep’s lateral shift into richer, weirder territory.

Back in August, Sherwood told us he’d been working with Pinch on a forthcoming project, revealing, “Pinch has been down [in my studio] a lot lately cutting tunes, we’ve been doing an album together”. Pinch, meanwhile, confirmed that the two were working together in a FACT TV interview. The pair subsequently joined forces on Recovery Time, an EP-length reconstruction of Sherwood’s 2012 comeback LP Survival & Resistance, turning out the promising joint effort ‘In Full Effect’.

Invigorated by ‘In Full Effect’, the pair have unveiled their first official collaborative release, promising a “vital melding of their two styles” in the process. The Bring Me Weed 12″ will collect two new compositions – the cartoonish title track, and the comparatively low-slung ‘Weed Psychosis Mix’ on the flip.

Bring Me Weed will drop on June 10 on On-U Sound. To toast the release, the pair have offered FACT an exclusive 20-minute studio recording, laid down during rehearsals in March for their debut performance at Sonar Tokyo the following month.