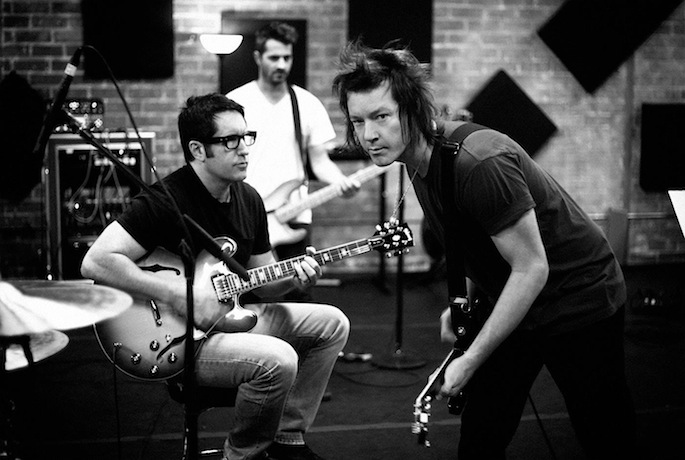 Some line-up changes to the newly-reformed industrial rock titans.

Yesterday, former Jane’s Addiction bassist Eric Avery pulled out of Trent Reznor’s latest incarnation of Nine Inch Nails, citing a desire to focus on his own music and film work rather than on a “growing” tour schedule. The split appears to be amicable, but Reznor wasted no time in finding a replacement: once-and-future NIN guitarist Robin Finck.

“I am proud to announce that the tour lineup now includes the incredible Robin Finck. The addition of Robin to the mix of players I’ve assembled makes this band incredibly powerful and versatile,” Reznor says on Facebook. “We are deep in the rehearsal process and it feels exciting and great to be back at this. Lots of information, surprises and sweat headed your way. Stay tuned!”

Finck will join Reznor, King Crimson guitarist Adrian Belew, Telefon Tel Aviv’s Josh Eustis, and former NIN touring partners Alessandro Cortini and Ilan Rubin in the band. The guitarist replaced original guitarist Richard Patrick and toured with the band at various points in the ’90s and ’00s. Nine Inch Nails have announced a handful of festival dates, and a new song is rumored to be released in June.