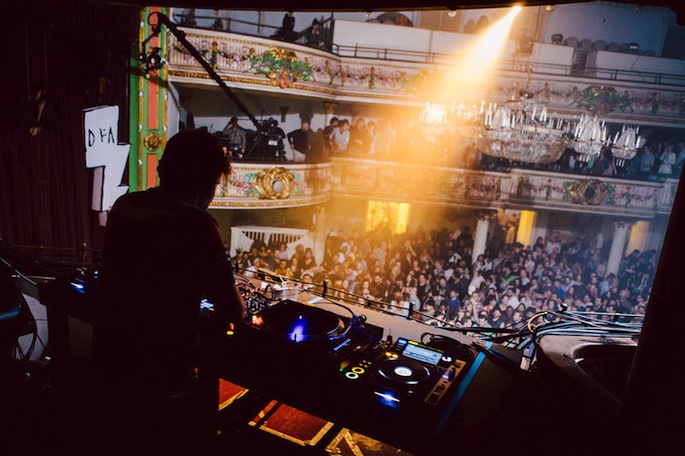 The former frontman adds to his growing post-LCD Soundsystem resume.

According to The Guardian, James Murphy is designing a soundsystem for this summer’s Manchester International Festival. It will be showcased as part of his new club night, Despacio, which he is hosting with friends David and Stephen Dewaele of Soulwax/2ManyDJs. Originally intended to be an “alternative Ibiza party,” Despacio will find the DJs spinning only vinyl, starting with about an hour of unmixed music.

Murphy designed the system with New York veteran John Klett as a response to most large soundsystems, which he describes as “tinny, sad, hyper-aggressive. They don’t sound beautiful. If you play certain dance music, great. But if you play jazz or AC/DC, they sound terrible.”

Despacio will take place at Manchester’s New Century Hall from July 18 to 20. Listeners will be able to wander around the speaker stacks, which will be arranged in a circle. “It’s a simple, floor-standing series of giant stacks, comfortably doing full, smooth sound,” explains Murphy. “It’s pretty wide-open, pretty raw.”

On Saturday, Murphy manned the decks at Red Bull Music Academy’s party celebrating the 12 year anniversary of DFA Records. Stream the set below, via RBMA Radio. DFA’s legacy was recently documented by the Academy.