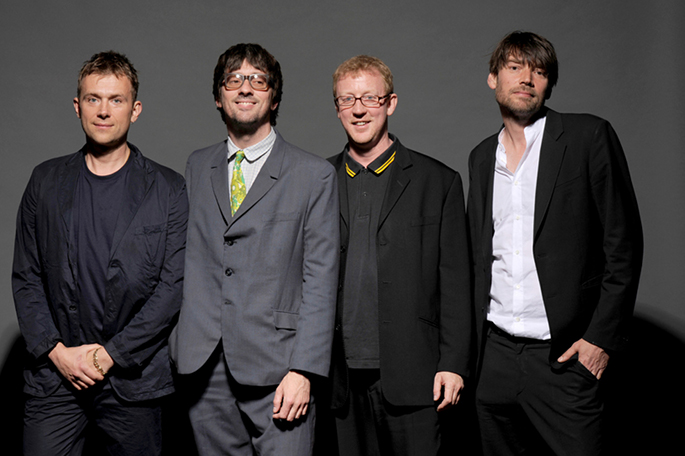 Following months of rumours, it’s been confirmed that Blur are working on a new studio album.

Artist Jamie Hewlett, who collaborated with Blur’s Damon Albarn on Gorillaz, broke the news speaking at New York’s Lincoln Center. When addressing the prospect of a new Gorillaz album, Hewlett claimed that “There’s a five years gap between the albums because they take a long time to do and – and they’re very exhausting and when you’re finished you feel like you need to go do other stuff. So Damon’s touring with Blur – hes doing a world tour with Blur at the moment and then they’re working on a new album so there isn’t really time for him, and I’m doing other stuff as well. So I think it’s, um, we’ll come back to it when the time’s right.” [via Gorillaz Unofficial / NME].

This, of course, doesn’t come as a huge surprise – Blur have made little secret of the fact that they’ve been back in the studio together – but it is the first time that plans for a new album have been confirmed. It’s not the only Blur-related LP in the pipeline either, Albarn recently confirmed that his long-awaited first solo album (operas notwithstanding) is finished: it’s been produced by XL’s Richard Russell, who memorably worked with Albarn on Bobby Womack’s The Bravest Man in the Universe.