“I’m destroying them now”: Tiësto weighs in on Daft Punk 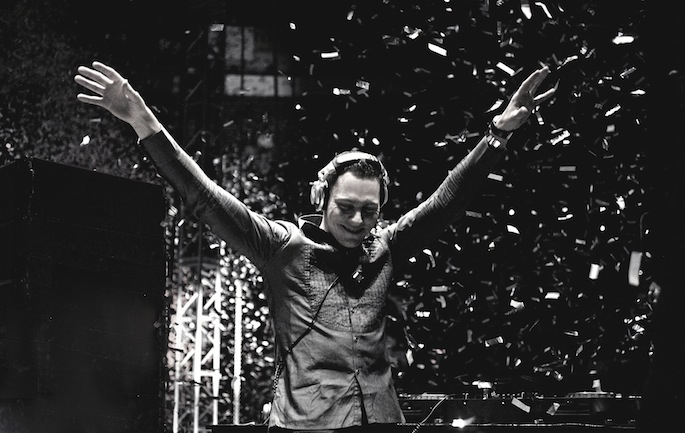 The Dutch superstar has some strong words for the helmeted-duo (but some kind ones for Giorgio Moroder).

In an interview with the Huffington Post, Tiësto pulls no punches when the topic of Daft Punk and Random Access Memories is broached.

“It got so much attention because it’s so different and it’s an attitude album,” he says. “It’s cool to like Daft Punk. Even if you’re not into the song, as soon as you hear [‘Get Lucky’], you see all the cool people go, ‘Oh yeah, this is cool, that’s my song,’ and they don’t really even enjoy it.

Then the money quote: “I’m destroying them now… Sorry Daft Punk.” While he acknowledges that he enjoys the duo’s early material, he’s been off the Daft Punk hype train for a while. “…The Tron soundtrack wasn’t that great and this is not great, either,” he says. “But because it’s Daft Punk and they’re supposed to be cool and they had the amazing pyramid at Coachella a couple of years ago and the helmets — they’re fucking cool. But the music doesn’t deliver on the hype so much.”

However, he had nicer things to say about Daft Punk collaborator Giorgio Moroder, who he described as a “youth hero.” “He’s such a talented producer and to meet him, yeah, it’s one of those things, like, so cool. He comes to my show and he stayed the whole set actually; I played for three hours and he was there for three hours,” he says. “He’s in his seventies and still rocking strong. We did shots together and it was fun to hang out together. I was honoured that he came actually.”