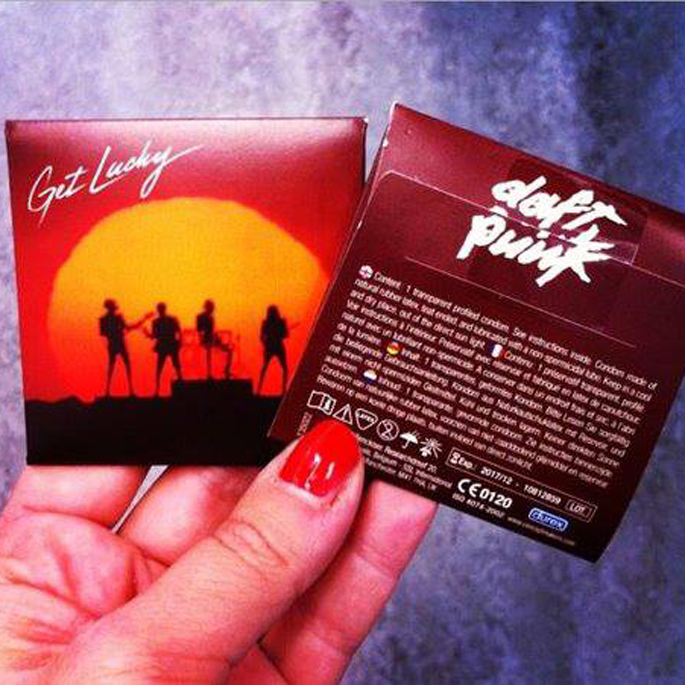 We’re up all night to get money.

It might seem a little far fetched, but British condom manufacturer Durex and French production duo Daft Punk have teamed up to produce special ‘Get Lucky’ condoms. Cleverly named after the duo’s recent hit single, and from the looks of it emblazoned by its memorable artwork, this has to be one of the most brilliantly puerile marketing ploys we’ve seen in a while.

Durex, clearly knowing their market, sent out packs to a handful of big-ticket DJs who were elated – Diplo Instagrammed a photo of an empty pack with the headline “Thank God I had those Daft Punk condoms last night.”, and Seb Fontaine took to Facebook to thank Durex.

This might seem at odds with Daft Punk’s mysterious image, but then the band did just announce that they were teaming up with Bandai to put out Daft Punk action figures. Surely sex dolls would be the next logical step? [via The Sun]