Stand Up Tall: Dan Hancox to release E-Book about Dizzee Rascal and The Birth of Grime 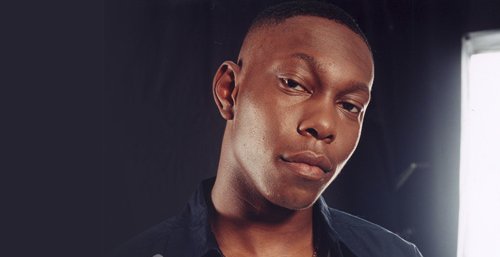 Sometime FACT writer and scribe at The Guardian, New Statesmen and more, Dan Hancox, has released full details of his E-Book about Dizzee Rascal and the birth of grime music.

The book has been in the making for some time, and we’re stupid excited about it: we chose Boy in Da Corner as our #3 album of the 2000s, and Lauren Martin recently celebrated its 10th anniversary on FACT. Here’s how Dan describes the book, titled Stand Up Tall: Dizzee Rascal and The Birth of Grime:

In August 2003, in a makeshift pirate radio studio on the roof of a Stratford towerblock, the stars of London’s grime scene gathered to show their skills on the mic. A decade later, Dizzee Rascal, Wiley and Tinchy Stryder are among Britain’s biggest pop stars, while Dizzee’s adversary Crazy Titch is serving a life sentence for murder. The towerblock was demolished to make way for the London Olympic site.

Ten years ago this summer, an extraordinary new sound exploded out of London’s council estates that would change music forever. While New Labour were flooding urban Britain with ASBOs and CCTV, teenagers like Dizzee looked up at the gleaming towers of Canary Wharf and contemplated their own poverty; telling stories of devastating bleakness, backed by music that shone with the futurism of a brighter tomorrow.

It’s entirely possible that Boy in da Corner, Dizzee’s Mercury prize-winning debut, was made on a hand-me-down PC donated to Langdon Park School by Lehman Brothers.

Over 15,000 words, this is the story of that remarkable musical moment, seen through east London’s unique history of opulence and inequality, violence and aspiration, and how a teenage genius with nothing to lose made the best British album of the 21st century.

Stand Up Tall  is available to buy now. Here’s Dan’s write-up of Boy in Da Corner from that aforementioned albums of the 2000s list:

A singular vision, a singular sound, a singular voice. This remains Dizzee Rascal’s – well, grime’s… hell, London’s – crowning achievement. Only a teenage genius with nothing to lose would start their debut with ‘Sittin’ Here’, one of the harshest musical and lyrical descriptions of modern Britain imaginable, like a grime version of La Haine.

If you can endure that with your head still up you’re confronted with the buzz of robot helicopters and then the blitzkrieg bombardment of ‘Stop Dat’ – grime as transcendent aggression. The unadulterated glee when DJ Spyro dropped this at The Egg earlier this year – 300 people effectively having a massive fight with the space in front of them – reiterated the tragedy of grime’s live banishment: a shower-face and a beaming grin are the same thing.

It’s painful to dwell on what Dizzee did next, on pop and paps and Paxman – and Boy In Da Corner’s three singles have a place in a generation’s hearts and on their dancefloors that ‘Bonkers’ never will. “Being a celebrity don’t mean shit to me / fuck the glitz and glamour hit em with the blix and hammer” he yelps joyously on ‘Fix Up, Look Sharp’. 2009’s Dizzee Rascal can perform with Shirley Bassey as much as he wants to; it’s the 2003 Dizzee Rascal that changed British music forever.

And another bonus: here’s Dan’s guide to The Essential… Wiley for FACT.