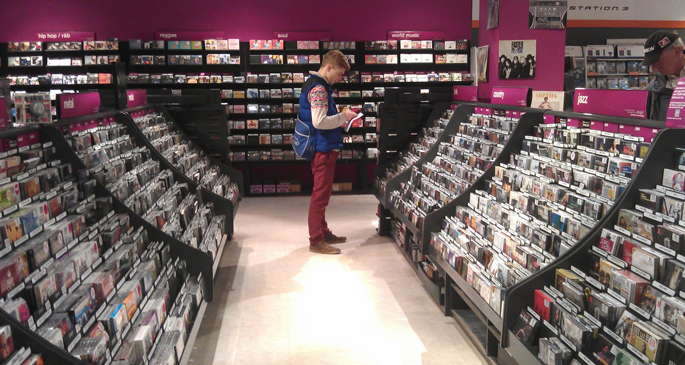 The rumours are true – HMV are really back, and are set to return to their flagship location smack in the middle of London’s busy Oxford Street.

The beleaguered record store entered administration in January with a mammoth £176 million of debt, but were bought by restructuring company Hilco in April. Since then the HMV camp has been surprisingly quiet, save for threatening an Irish store humorously monikered HVM for using a similar colour scheme and logo. It feels appropriate then that the newly rejuvenated business should head back to their most beloved location, a location that was minted back in 1921.

Hilco boss Paul McGowan shed a little light on the re-opening to Retail Week, saying “We are thrilled to be returning HMV to its original home at 363 Oxford Street and this reflects HMV’s renewed focus on going back to its roots and getting the basics right, providing the deepest range of entertainment products.”

The phrase “entertainment products” sends a little shiver down our spines as it tends to translate into “everything except music”, but the fact that they’re looking to get back to their roots is at least encouraging. [via NME]