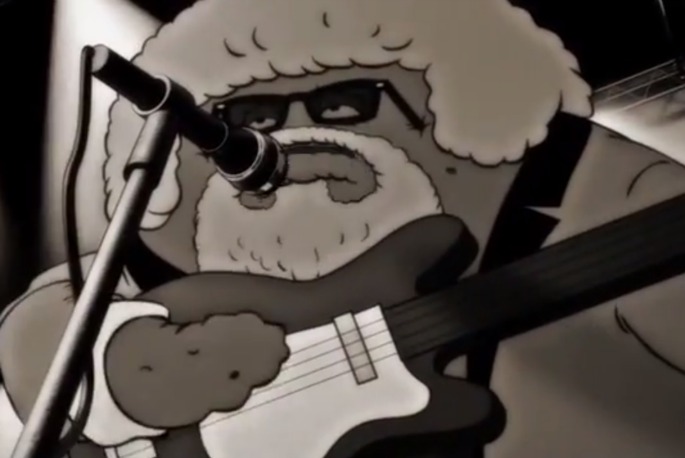 A hazy combination of loose jazz and louche rap, the quality of the beat won’t be lost on the cartoon’s mostly adult viewership.