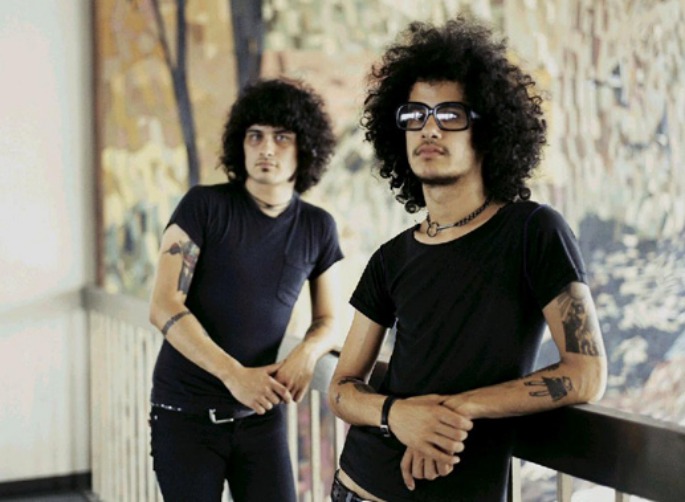 Unheard material emerges from the comatorium.

Last week a fan over at The Mars Volta’s message board, The Comatorium, claimed to have been sent a folder of 15 tracks with the message, “share this”. Former drummer Thomas Prigen has since stepped in to confirm that the find is kosher, detailing the tracks he performed on, while some of the songs also appear to be solo efforts by guitarist Omar Rodriguez-Lopez.

The psych-prog titans broke up in January after more than a decade in action, leaving a sprawling legacy of gargantuan solos and conceptual indulgences, so a find like this one was perhaps to be expected (and it probably won’t be the last we hear of the defunct El Paso riff machine).

Check out the tracklist below (we guess that they hadn’t quite finished naming them) and download the whole collection here. [via Exclaim; Antiquiet]

The former Voltans have moved on to various separate projects this year, with Rodriguez-Lopez launching Bosnian Rainbows and singer Cedric Bixler Zavala forming his own band, Zavalaz. This year has also seen the re-issue of albums by their pioneering punk alma mater At The Drive-In.