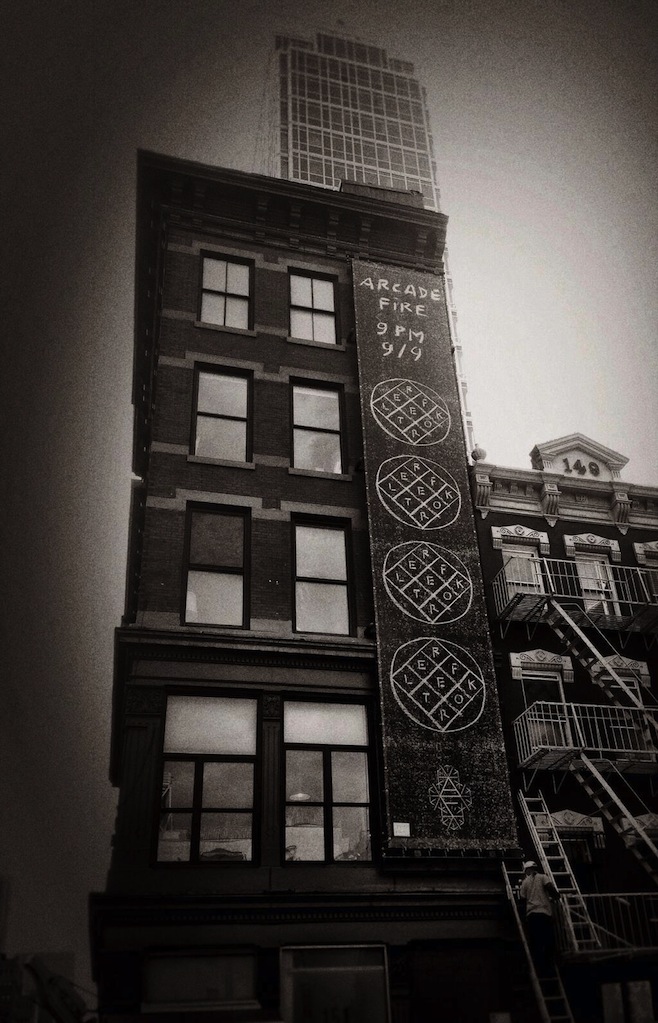 The graffiti-based campaign gets more specific.

Pitchfork shared the above photo, via a mural in Manhattan (at the corner of Grand and Lafayette) that promises something on September 9 at 9pm. Perhaps a Kanyesque video installation? Only time will tell.

The band has previously announced October 29 as the release date for the album, which is assumed to be entitled Reflektor. The band allegedly worked on about 35 songs for the album, one of which was produced by ex-LCD Soundsystem frontman James Murphy.