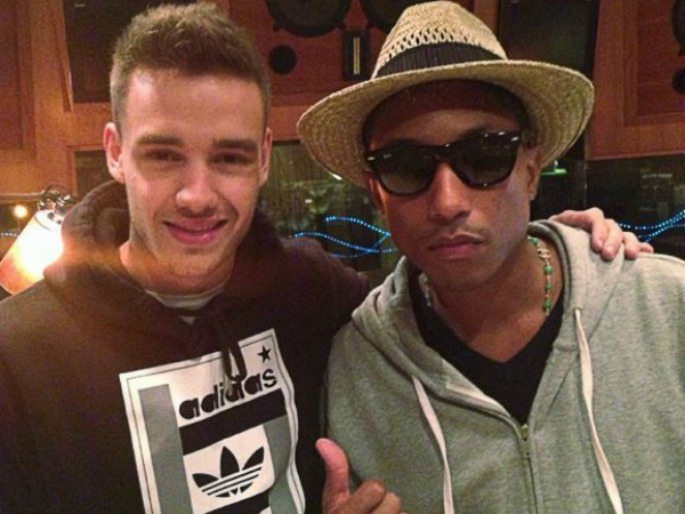 With two million-selling singles (‘Get Lucky’ and ‘Blurred Lines’ – you may have heard of them) under his belt this year, you’d think Pharrell would be happy to just kick back and let the cash roll in. No chance, according to The Mirror, who spoke to the Neptune at the GQ Awards last week and found out that he’s plotting a collaboration with none other than tween pop titans One Direction.

“They are a brand and are huge. They are incredibly hard-working. I’m sure it will excite our female fans if we’re on a record together.”

Be careful not to over-excite them – 1D fans get nasty, as GQ discovered this year.

The Mirror also notes that Simon Cowell has taken credit for making the collaboration a reality. Pharrell has already met at least one of the quintet, posting a picture of himself with One Direction’s Liam Payne last month (above) [via NME].