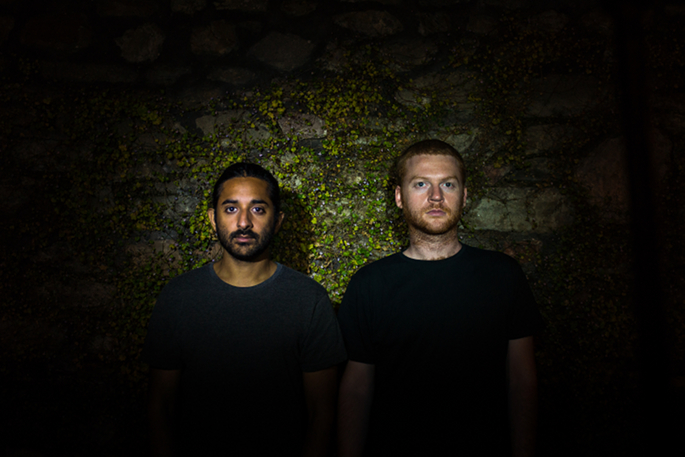 Their music operates at the intersection between sound art and techno – the approach is experiment-based and cerebral, but the results often display some of the immediacy of techno and sensuality of glitch music. They’re not afraid of a high-concept, either: 2012’s Medium turned field recordings of a dilapidated Gloucestershire mansion into carefully-wrought sound sculptures, and this year’s Material was recorded in a decommissioned nuclear power plant. In the intervening months, Ginzburg also surprised us with a new album of gentle electronics and acoustic guitar picking under his new Faint Wild Light alias, not to mention an album (of sorts) with Vex’d vet Roly Porter.

The pair have now announced their third official album, Recur. The record will mark the pair’s first full-length venture for Raster-Noton, and sees the pair testing sounds to their limits, making creative use of “compression and rarefaction and the forcing of signal thresholds to their critical point.”

Recur is due on October 28 on Raster-Noton; the laugh-a-minute tracklist is below.