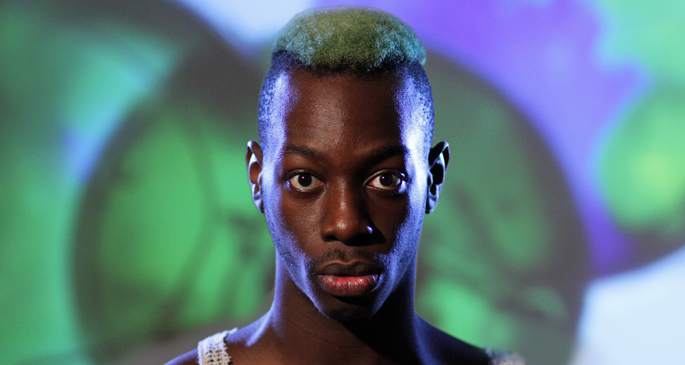 This week’s been a quiet one on the mixtape front, we won’t lie, but the spotty selection is bolstered by New York rapper Le1f’s phenomenal Tree House and Bay Area cloud rap survivor MondreM.A.N.’s endearingly retro GreenOVA Life (Tha Ice Tape). And while the actual Grand Theft Auto V might be far more appealing than its Audio counterpart, you can console yourself with seriously heavy mixes from Elijah and Skilliam, Pinch and Mumdance and London’s Southern Hospitality crew. 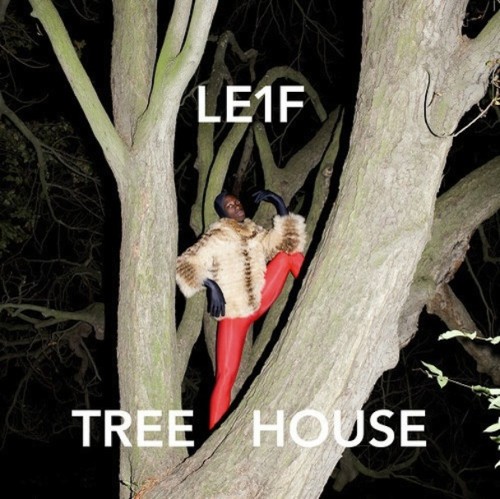 Le1f’s ascent from hipster rap curiosity (thanks for that Das Racist) to actual rapper has been invigorating to watch – last year he seemed doomed to languish in the sea of bad magazine think pieces after the release of scrappy but intriguing mixtape Dark York, but in 2013, things have changed. You see, despite the negative screams that would try and convince you otherwise, Le1f can actually rap, and that’s never been more evident than on Tree House. His unmistakable cadence is bolstered by and effortlessness that January’s otherwise excellent Fly Zone was sorely lacking, and that’s evident from the first few moments of opener ‘Plush’. Le1f has always had something to say, but his sordid recollections of New York’s neon-lit ‘other’ side sound more vivid here than they ever have before.

Le1f’s choice of producers is similarly inspired, and he continues Fly Zone’s tight, well-managed form by picking a tight selection of off-kilter productions from Chicago’s The-Drum, FaltyDL, Shy Guy, Boody and more. The choice to balance his throaty moan on brittle post-Night Slugs instrumentals that only just skate the pop line is fitting given the content of the rhymes. If you aren’t listening carefully ‘Cane Sugar’ could sound like a mainstream radio anthem, but give it a lick of close attention and the detuned bells and surreal lyrical erotica mark the track as a carefully judged dry joke. The satire continues on the hilarious ‘Damn Son’, where Le1f smartly flips the ubiquitous Trap-A-Holics sample and rewires its jockish braggadocio to affirm his own status.

Like it or not, rap has changed dramatically in the last few years, and while that might have backpackers unified in cries for a return to 1993, it’s created a diverse and fertile environment few of us could have predicted. Le1f continues to push against the flow with Tree House, and in doing so has emerged with a surprisingly terse and unabashedly brilliant statement. World domination is surely the next step. 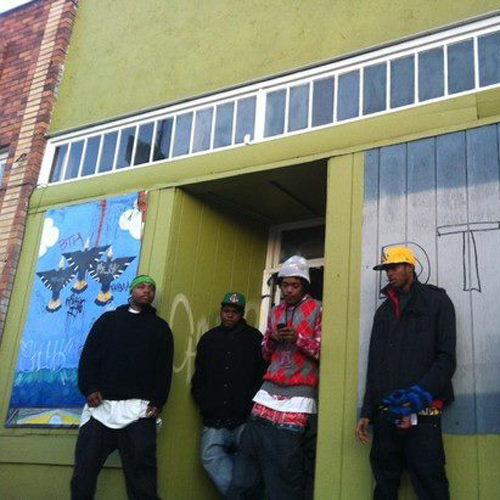 He might have only just announced his debut album proper They Say I Struggle Rap, but that doesn’t seem to have dented Main Attrakionz rapper MondreM.A.N.’s consistent flow of material. GreenOVA Life is Mondre’s umpteenth tape (third this year alone), and highlights his decision (evidenced on They Say I Struggle Rap’s first single ‘MC ILLIN’) to take a few steps back from the cloud rap scene in general. While the sound came to define Main Attrakionz just as it did his solo material, GreenOVA Life isn’t afraid to bring a hand of different influences to the table.

‘Our Dreams’ and ’Fightin & Fussin’ sound like Mondre’s attempts at a Future-style autotune anthem, and with ‘Our Dreams’ at least he manages it, just sounding weird enough to avoid pastiche. Elsewhere however we find Mondre for the most part setting his sights on the past with rearward facing West Coast slow-burners like ‘G.O. Til My Last Breath’ and ‘Just Anotha Day’. There’s even a nod to DJ Premier’s clipped sample-heavy style with ‘Fresh’, but more traditional cloud rap number ‘Look At Me’ is relegated to the album’s final third. It’s a bold move for Mondre but one that seems to pay off; while the album is a damn sight too long at a hefty 21 tracks, the hit to miss ratio is better than you’d usually expect. Hopefully that’s a good indicator that They Say I Struggle Rap will be even better.

SOUTHERN HOSPITALITY
THE SEX TAPE (NEXT GENERATION RATCHET & B)

If the Atlanta strip club sound has moved further into the mainstream and further away from the dancefloor, it’s replacement has to be ratchet – a style popularized by LA producer DJ Mustard and his legion of followers. Don’t know what we’re on about? Think back to Tyga’s Mustard-produced smash ‘Rack City’ and you’ll get the idea, but since then Mustard has refined his craft even further, drifting into a realm Southern Hospitality have neatly defined as ‘ratchet & b’. It’s an apt description; Mustard’s last full length saw him team up with LA crooner TeeFlii, who lavished his smooth, oversexed vocals over the producer’s stark, bass-heavy backdrop.

Unsurprisingly both artists appear multiple times on The Sex Tape, but they’re far from alone – local ratchet proponents Problem, Ty Dolla $ign appear, as do R&B crooners Rico Love, Jeremih and the Drake-cosigned newbie PartyNextDoor. This gives the tape an unmistakable push and pull from two distinct scenes – the L.A. club and the street-savvy wail of r&b legends Jodeci, who seem to serve as a jumping off point for many of the tape’s vocal gymnasts. It works, and proves that the London crew are right on point yet again. 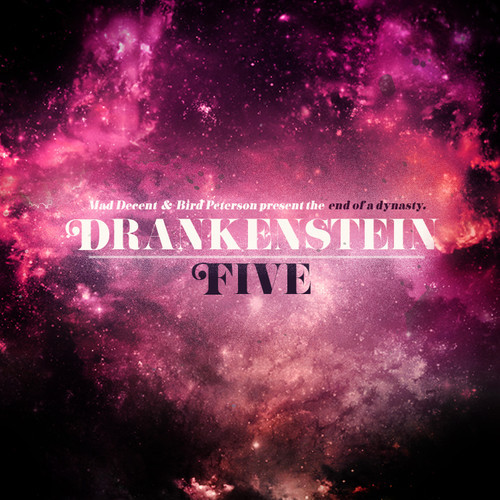 Mad Decent affiliate Bird Peterson has been fusing Dirty South hip-hop and trance samples into ungodly monsters (Drankenstein, get it?) since before anyone ever was confused about the meaning of trap or the Harlem Shake. For the fifth and final volume of the mix series, Peterson does his fist-pumping best to re-contextualize tracks like Gucci Mane’s ‘Wasted’, Dead Prez’s ‘Hip Hop’ and Trick Daddy’s ‘Shut Up’ — and nails it. Peterson has always maintained that Drankenstein is an irony-free project, and with the love he clearly has for both crunk and trance, it’s hard to disagree. The trap-EDM youngsters should take note. 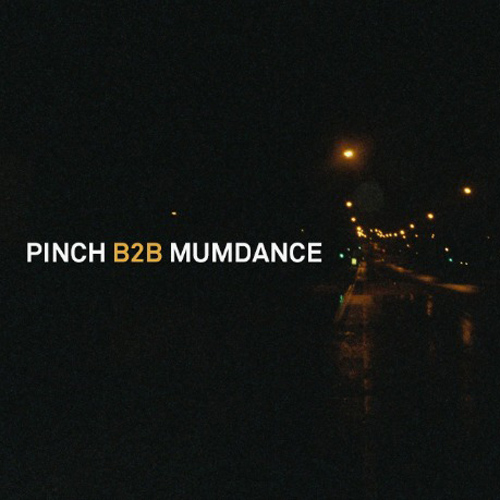 A foolproof concept, this. Pinch, boss of Tectonic and don of all things low-end, has teamed up with Mumdance, producer, DJ, Roland TR-909 enthusiast and creator of last year’s excellent Twists And Turns Mixtapes. They’re planning some DJ sets together, so they wanted to give us a taste of what to expect, and on this one-hour mix they’ve opted for a classic-yet-daring DJ tactic – start off massive, and keep cranking it up. You know that feeling on the dancefloor when things have gone so ridiculously dark and doomy and punishing that you can’t help but laugh until you’re smashing your feet on the floor with a rictus grin on your face? Yeah, that. Packed full of exclusives and dubplates forthcoming on Keysound, Houndstooth, Cold Recordings and Tectonic. 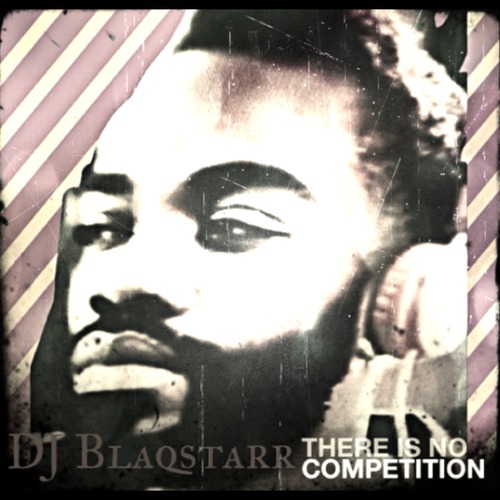 BLAQSTARR
THERE IS NO COMPETITION

After a few years of laying low, legendary Baltimore producer / M.I.A collaborator Blaqstarr has quietly returned to the game. His latest mix is as madcap as his 2011 FACT mix, blending originals with Cindy Lauper, Fatboy Slim, and Rihanna as he darts between Bmore club, big beat, and wobbly festival fare with no regard for expectations. It’s definitely rough around the edges, but let’s hope that this signals some new material from the reclusive innovator. 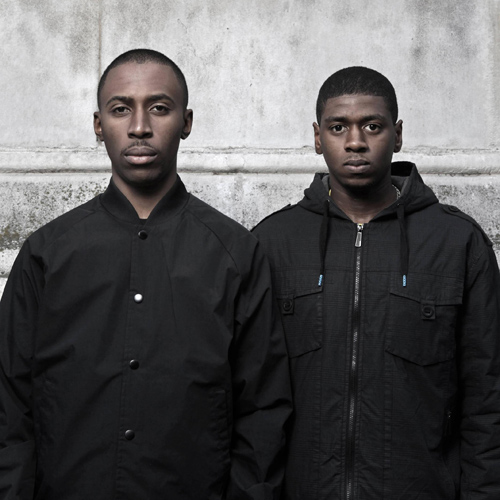 The Butterz braintrust take a break from the grime world’s latest war dub session for this bouncy mix of new school grime from Butterz and beyond. Bookended by cuts from Joker’s Sega-inspired Joker Drive EP, the 45-minute mix also features DJ Q’s accurately-titled ‘Big’ and unreleased material by Preditah and Flava D, including a VIP edit of the latter’s ‘Home’ featuring Royal T & P-Jam. 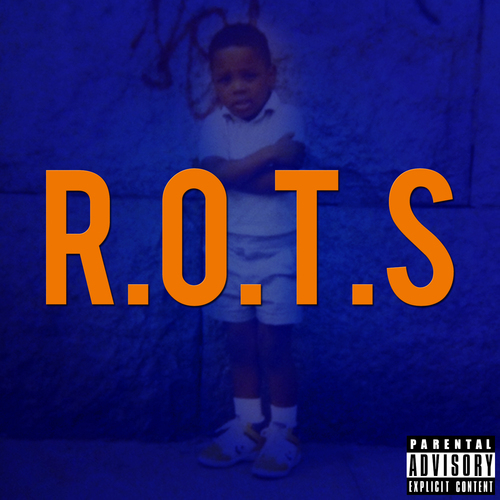 Consistently dropping tapes since ’05, there’s a veteran’s swagger to Jae Millz’ latest R.O.T.S. It shouldn’t be a surprise either – 2013 is the year he’s set to break out, at least on paper, with his debut ‘proper’ album for Lil Wayne’s Young Money imprint Nothing Is Promised. Stylistically he’s worlds apart from the rest of the Weezy’s roster, and there’s little pandering on R.O.T.S. – rather, you get the sense that Millz would rather stick to his guns, building on Harlem’s rich rap heritage with a spit that owes more to Dipset than it does any current chart botherer. There’s very little freshness on show throughout the tape, but with skill like Millz’ he hardly needs to impress with more than his rhymes. Those of you out there disappointed at the direction rap has taken in the five years, this one’s for you. 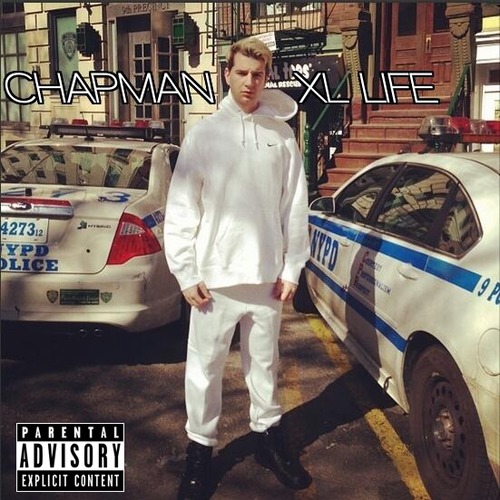 One of the week’s oddballs comes from Chapman, a New York artist with roots in Chicago who brings his club-ready debut EP to the table to become the latest in an ever-growing line of openly gay rappers (he recently recorded ‘Gay Rap Song’ in response to A$AP Rocky’s apparently homophobic idiot-spree at the VMAs).

As well as being pals with the Ryan Hemsworth-produced singer/rapper Chippy Nonstop, Chapman’s affiliated with Yung Klout Gang, a Twitter-based friendship clan who’ve gained notoriety for being, well, on Twitter a lot. Either they’re art-pranksters in possession of a chalk-dry sense of humour or they’re the absolute worst people in the world, as Dazed’s interview with Chapman on “how to define your internet brand” may possibly suggest.

The tape itself is a strange one, with his boldly amateurish flow loping awkwardly across glossy, off-kilter beats, occasionally recalling the likes of Mykki Blanco and the UNO NYC crew. His voice even has that ballroom-bound theatricality that’s characterised much of the “queer rap” coming out of New York over the past year, but XL Life isn’t as wilfully weird as the mixtapes we’ve heard from the likes of Mykki, Le1F or Zebra Katz. Opening cut ‘Warrior Pose’ and the crunked up ‘Down’ are both worth a spin. 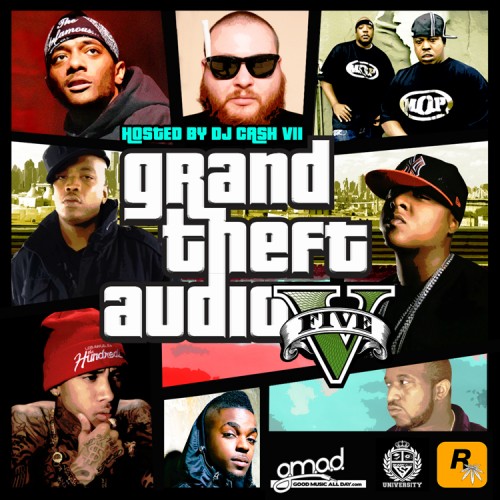 If the headlines are to believed, Rockstar Games have already raked in over $800 million in sales from Grand Theft Auto V, so offering up a free mixtape seems the least they could do with some of those swimming pools full of cash. Oddly however this isn’t a collection of tracks that made it to the various radio in-game radio stations, rather it’s a set of seemingly unconnected but exclusive tracks curated by the Good Music All Day team.

We’re left wondering exactly what this has got to do with the game itself, and even though the collection might contain fresh material from Tyga, Jadakiss, Kool G Rap and others, there’s something so haphazard about it that it’s very hard to enjoy. Tyga’s ratchet burner ‘Throw It Up’ is good enough, and Precious Paris’s ‘Situations’ is a clear highlight, but any high points are marred by unforgivable missteps like illGates & Wick-it the Instigator’s ear mangling ‘Get Off My Remix’. You’re better off with the in-game radio.