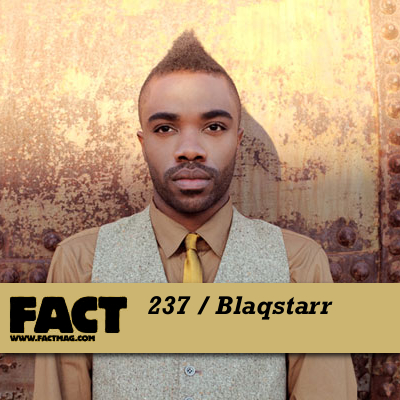 After Russell Haswell’s challenging, discursive contribution for #236, Blaqstarr’s self-styled mix – which he’s entitled The Ping Pong Effect – is an unashamedly frothy affair. Best known for his work with M.I.A., the DJ/producer/rapper/singer has been a fixture in the music scene of his Baltimore hometown since the early 2000s. Building tracks largely in the gallopping B-more house style, he scored underground hits with tracks like ‘Get My Gun’ and ‘Jiggle It’ and was featured in the genre-defining Baltimore Club compilation series.

Somewhat notorious at the time for his red-eyed, near-hermetic home studio existence, in 2005 he was paid a visit by M.I.A., who convinced him to contribute to her Kala LP (he ended up co-writing and producing ‘World Town’ and ‘The Turn’). Since then Blaqstarr has maintained a close relationship to M.I.A. and her extended musical family, teaming up with Rye Rye for the storming ’06 club cut ‘Shake It To The Ground’, and with Diplo on ‘Get Off’, as well as releasing he King of Roq mixtape album through Diplo’s Mad Decent label.

Now signed to N.E.E.T. Recordings, M.I.A.’s vanity imprint at Interscope, Blaqstarr is proving to be more prolific than ever. Having worked extensively last on year on /\/\/\Y/\ (‘XXXO’, ‘Caps Lock’, ‘Illygirl’, ‘It Iz What Is Iz’ and ‘Internet Connection’ all bear his signature), he kicked off 2011 with the release of his own The Divine EP. Next week (April 12) sees the release of Blaqstarr: The Mixtape (AKA Never Hesitant), via blaqstarrmusic.com. It’s a star-studded affair – in addition to expected appearances from M.I.A., Diplo, Switch and Rye Rye, the likes of Amy Winehouse, Lil Wayne, Diddy Dirty Money and Mos Def all lend their talents to proceedings.

Download Blaqstarr’s teasing FACT mix below, and read on for a short Q&A with the man, conducted over e-mail, in which he explains the meaning of The Ping Pong Effect and the importance of “spreading the cosmiqness”. He did send us a tracklist for his mix, but it seems to bear little similarity to what’s actually on it, so we’ve left it out. At 25 minutes, it’s a brief but bracing workout, combining hyperactive Baltimore club gear with flashes of the more plaintive electronic hip-hop sound that Blaq’s been favouring of late. Irreverent and unpredictable, it’s the perfect accompaniment to the onset of sunshine. 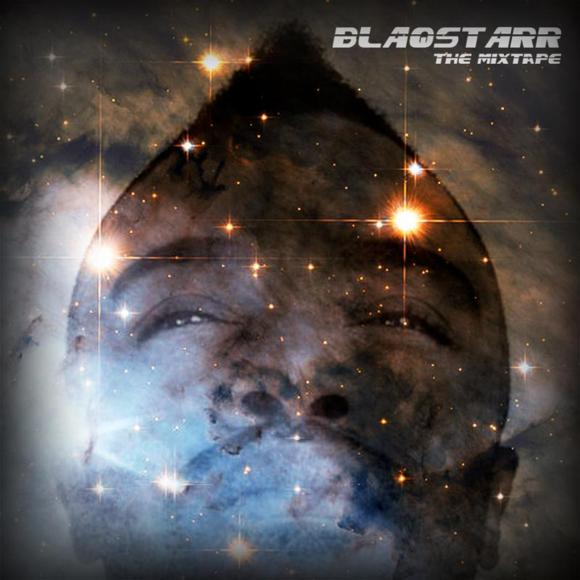 How’s your new stuff sounding? Tell us about The Mixtape / Never Hesitant.

“Never Hesitant is about never hesitating, because every time you hesitate you miss something. In every situation, it’s either you’re gonna do it or you’re not gonna do it. I’m never hesitant, I’m all the way in, you feel me? Fully absorbing the cosmic vibrations that are sent to me, and directing them to my music. You will hear it in my upcoming mixtape and album, in all of my music.”

What production have you been doing lately outside the MIA stuff? What else have you got planned for 2011?

“2011 I have a lot going on, you know. Steady and always ready for the future. I also am working on spreading the cosmiqness everywhere. It’s going on, it’s going all the way up.”