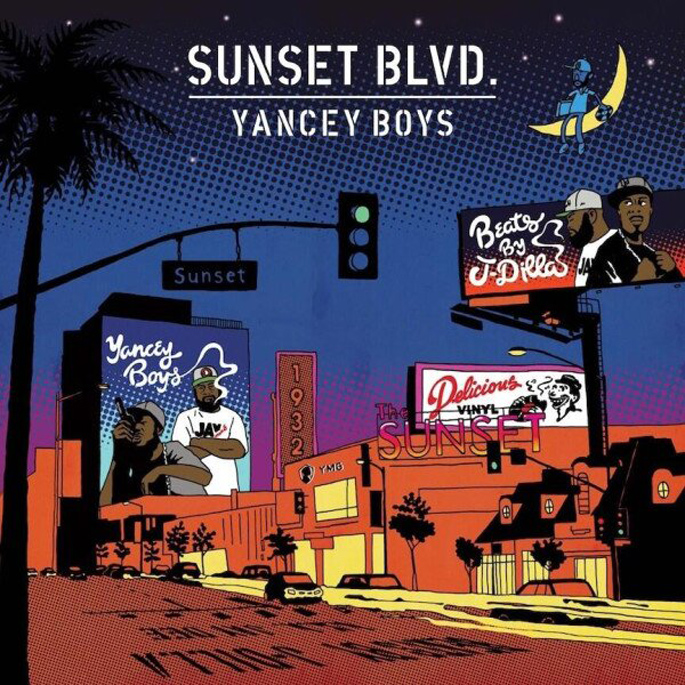 Yancey Boys is the collaborative moniker of the late, great J Dilla‘s younger brother Illa J and regular collaborator Frank Nitt (of Frank N Dank), and their debut album has finally been revealed.

Unsurprisingly, the duo have managed to amass a formidable selection of collaborators eager to show their appreciation, and over the course of the album’s fourteen tracks there are a massive eighteen guest appearances. This is no doubt thanks to the album being backed by a selection of beats from Dilla himself, and if the Common-featuring first single ‘Quicksand‘ is anything to go by it’s a winning formula.

Sunset Blvd. can be pre-ordered now from iTunes and will be released on October 29 via Delicious Vinyl.