Madonna opens up about religion, being raped at knifepoint and adoption in piece for Harper’s Bazaar 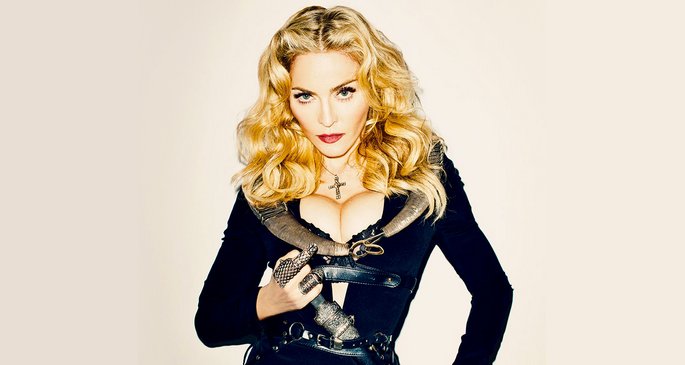 The new issue of Harper’s Bazaar features a remarkably open piece by Madonna, where the singer opens up about religion, rape, adoption and much more.

Talking about first moving from Michigan to New York, she explains that the city “wasn’t everything I thought it would be. It did not welcome me with open arms. The first year, I was held up at gunpoint. Raped on the roof of a building I was dragged up to with a knife in my back, and had my apartment broken into three times. I don’t know why; I had nothing of value after they took my radio the first time”.

“The tall buildings and the massive scale of New York took my breath away. The sizzling-hot sidewalks and the noise of the traffic and the electricity of the people rushing by me on the streets was a shock to my neurotransmitters. I felt like I had plugged into another universe. I felt like a warrior plunging my way through the crowds to survive. Blood pumping through my veins, I was poised for survival. I felt alive.”

When it comes to her relationship with religion, Madonna claims that “I have a funny relationship with religion. I’m a big believer in ritualistic behavior as long as it doesn’t hurt anybody. But I’m not a big fan of rules. And yet we cannot live in a world without order. But for me, there is a difference between rules and order. Rules people follow without question. Order is what happens when words and actions bring people together, not tear them apart. Yes, I like to provoke; it’s in my DNA. But nine times out of 10, there’s a reason for it.”

Perhaps the most interesting part of Madonna’s piece comes when she discusses adopting her son David Banda Mwale in 2006. “I had an embarrassment of riches”, Madonna says, “and there were too many children in the world without parents or families to love them … that was the beginning of another daring chapter of my life. I didn’t know that trying to adopt a child was going to land me in another shit storm. But it did. I was accused of kidnapping, child trafficking, using my celebrity muscle to jump ahead in the line, bribing government officials, witchcraft, you name it. Certainly I had done something illegal!”

You can read the full piece, accompanied by a shoot with photographer / Miley Cyrus BFF Terry Richardson here. Madonna recently revealed details of a new film with Steven Klein, secretprojectrevolution. More on that here.