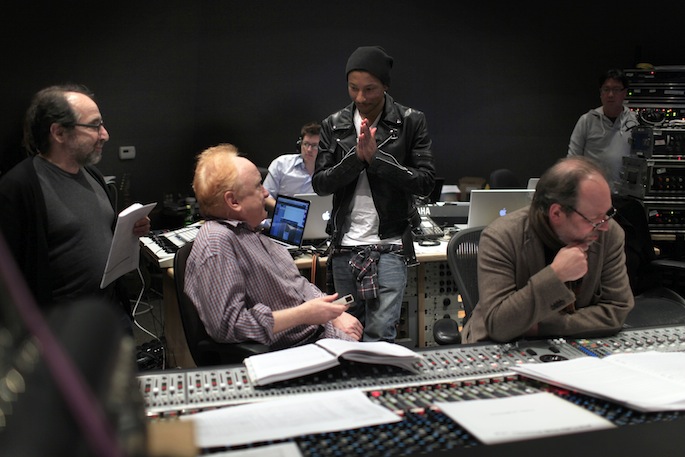 The busiest man in the music business re-teams with the legendary composer.

When he’s not collaborating with the likes of Daft Punk, Jay Z, and Beyoncé, Pharrell Williams has been known to work with the German composer: Zimmer produced the Pharrell-composed soundtrack for Despicable Me, and the two collaborated on music for the Academy Awards in 2012.

Now, Pharrell has revealed in an interview with Billboard that the score for next year’s The Amazing Spider-Man 2 is among his upcoming projects:

Ed Sheeran. Usher. I’m going back in with T.I. Beyonce. Jennifer Hudson. Nelly has this really big record named “Rick James.” That’s my jam. Hans Zimmer and I are scoring “The Amazing Spiderman 2.” The “Happy” video, it just feels like people—good people that all remember that we are entitled to smile. I’m very excited about that.

Coincidentally, it’s not their first superhero collaboration: Pharrell was among the “world’s greatest drummers” that Zimmer brought together to record music for the Man of Steel soundtrack. The Amazing Spider-Man 2 is due out in May 2014.