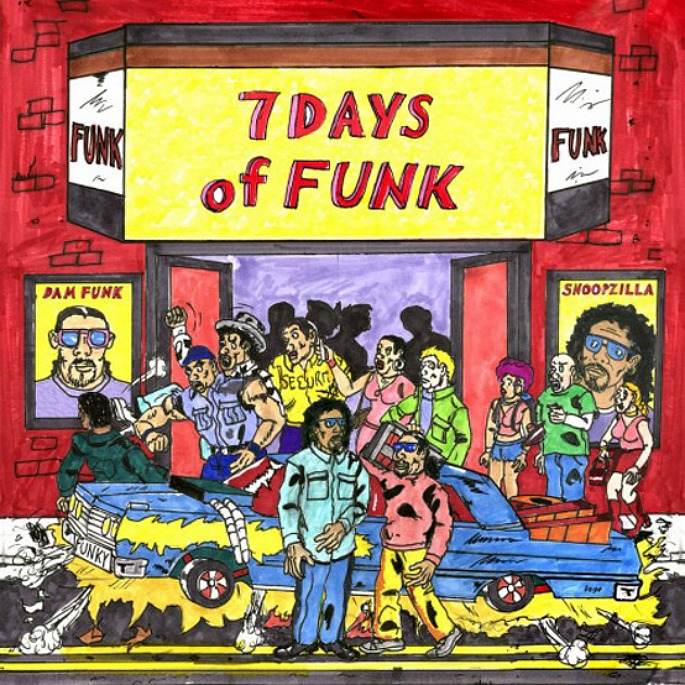 The West Coast team gear up for their debut.

Hot on the heels of an ace video for lead single ‘Faden Away’, Snoop Dogg and Dam-Funk have unveiled the artwork for their forthcoming collaborative album 7 Days of Funk.

The album, which sees the newly renamed Snoopzilla teaming up with the former G-funk session keyboardist for a set of Troutman-indebted sleazy grooves, is due out on Stones Throw on December 10. Above is the pen and crayon artwork and below is the full tracklist, which reveals that Steve Arrington, former frontman of funk group Slave, will appear on the record along with Kurupt and Tha Dogg Pound. [via Potholes In My Blog]

Watch the video for ‘Faden Away’: