ATCQ’s Midnight Marauders turns 20: delve into the story of its arwork and the intricacies of its sonics 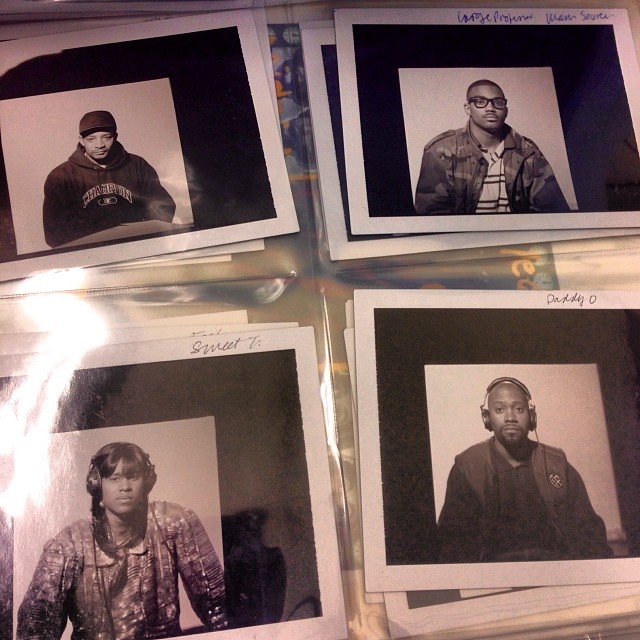 Enhancing your historical understanding of a certified rap classic.

November 9, 1993 was a good day. From Staten Island the Wu Tang Clan landed with Enter The Wu Tang (36 Chambers) while over in Queens A Tribe Called Quest completed its album trilogy with Midnight Marauders.

Earlier today we compiled some of the Wu Tang myths and legends that have made the clan what they are today. Here we’ve compiled some features on Midnight Marauders that are essential reading/viewing to understand the importance of the album and its place in both Tribe’s legacy and the 90s hip hop world.

First up is Egotrip’s excellent 1999 interview with art director Nick Gamma who worked on the iconic cover alongside its creative father, Jive Records’ Jean Kelly. ATCQ’s covers have always been memorable but the inclusion of a veritable who’s who of hip hop at the time has made the Marauders artwork one of its most timeless, and subject to countless reworks.

Egotrip’s chief visual man Brent Rollins chewed the fat with Nick Gamma for their Big Book of Rap Lists and uncovered some fascinating facts about the project, including an alternate version:

There were two original concepts before that. One was going to have this woman — I loved this, but Q-Tip nixed it – he came up with it and then nixed it. There was gonna be a woman. Imagine an all-blue shot, not a duotone, it was just like a blue c-print, deep blue. A woman in a big window of a loft [with the] Manhattan city skyline behind her, full moon. She’s in the window, in bed. Satin sheets, so you get the glistening moonlight off of that. She’s got headphones on, and she’s naked. And you can kind of see the stereo lights on but not see the stereo. She’s got her left hand on her ear and her right hand in her crotch, supposedly listening to Quest.

On the subject of the cover, the image at the top of this post is from Q-Tip’s Instagram, showing what we assume to be the original photos of what would become the cover’s headshots.

Equally essential is Q-Tip’s Red Bull Music Academy lecture from earlier this year, when the Academy landed in NYC for its 2013 edition. As pointed out by the guys on their twitter, if you head to the 45 minute mark you can hear Tip discuss the sonic differences between Marauders and its predecessor, Low End Theory. Though to be honest the entire 2 hour discussion is worth your time. Seriously.

And lastly over at Consequence of Sound there’s a nice little piece on the video for ‘Award Tour’.