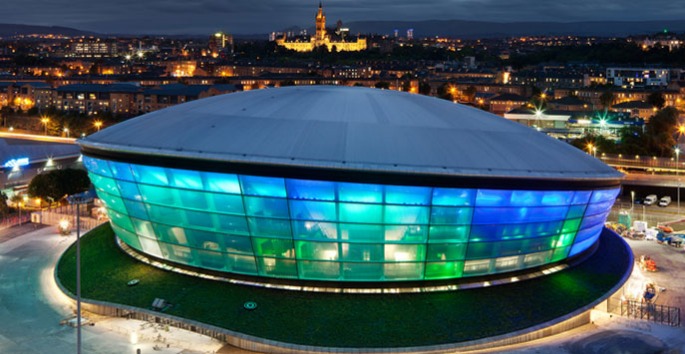 Glasgow has been picked to host the 20th MTV Europe Music Awards (EMA) next year at the city’s 13,000-capacity Hydro Arena, which opened this autumn. The last time the awards show touched down in Scotland was in 2003, when the EMAs were held in Edinburgh.

This year’s event takes place tonight in Amsterdam, with performances from Miley Cyrus and Robin Thicke (no strangers to MTV awards shows, of course) plus Katy Perry, Snoop Dogg and Kings of Leon.